I know there was a draft thread, but now he's a prospect and here's an interesting article about where he's been on his way to Boston.

Jason Groome took the steps he needed to become an elite Major League Baseball prospect. The moves were many. Some of them had consequences.

All of them paid off.

The Boston Red Sox selected Groome, 17 and a left-handed pitcher, with the No. 12 overall pick in the June draft. The Red Sox secured him, at the 11th hour of the deadline, to a minor league contract with a $3.65 million signing bonus.
Click to expand...

Had the Red Sox and Groome not agreed to terms, he would have accepted a scholarship offer at Vanderbilt University.
Click to expand...

Unless there's been some new development, it doesn't seem particularly well-researched.

It's the Chipola College of the North!

For now, particularly in the short outings that will characterize the start of his pro career, Groome is emphasizing his fastball and curveball. His changeup (a pitch he threw just a couple of times during Monday’s start) will be an area of emphasis going forward.

“He’s got an excellent fastball, a really good breaking ball, and the changeup is still a work in progress,” said GCL Red Sox pitching coach Dick Such.
Click to expand...

Groome has encountered nothing but raves to this point from the Red Sox organization. While makeup questions floated around him leading up to the draft, none of those have been borne out since he signed on July 15 and commenced his pro career.

“He’s done all the right things, never been late, no curfew stuff, nothing. He’s been outstanding. … We’ve never had to address him once, on or off the field,” said Kotchman. “He’s been perfect – the face, the articulation of the language, just blending in with everyone, doing the charts, being where he’s supposed to be. He’s never been in the wrong place one time. We’ve got pitchers here who still don’t get to the right place.”
Click to expand...

Dick Such is quite an unfortunate name.

Be better if his first name was Adam and Dick was the middle name.

His delivery is really high which allows for a lot of downward plane on his pitches. There is little leg drive as a result, so there seems to be room to add velocity, but he will lose that downward plane some.
P

The comment about trading off a downward angle for more velocity is intriguing to me. I don't understand qu organizations take kids who've never failed at any level, and immediately change something. Not that there's evidence the Red Sox are considering it either, just a general comment. I would let him keep doing what he's been doing until he gets to a level where he's struggling.

I wonder if there's been an increase in the amount of tinkering in the past 10-15 years with Pitch/Fx mapping release points and spin rates to allow for more targeted adjustments. And, if so, is more likely that changing someone's delivery puts slightly different stresses on muscles and tendons conditioned to one motion since age 6 for a lot of these people. It would be interesting to correlate that with the rise in TJ surgeries.
Last edited: Sep 4, 2016

Why would you wait to make changes you know you want to make anyway and then have them try to adjust to those new mechanics against tougher hitters? That makes zero sense.

Can't wait to see him next year.

Snodgrass'Muff said:
Why would you wait to make changes you know you want to make anyway and then have them try to adjust to those new mechanics against tougher hitters? That makes zero sense.
Click to expand...

I think P91 is questioning the "you know you want to make anyway" part. Why not see if what works in the past will work at the next level before assuming it won't? I suspect they could determine quite quickly whether the "status quo" is going to translate, but maybe not. Also, the idea of exploring whether modified mechanics correlates with injuries is pretty interesting. You'd hope the teams are on this, but maybe not.

His landing foot is all over the place. That should be easy to fix, no?

The No. 12 overall pick in last year’s draft left his first start with Single-A Greenville in the second inning with a trainer by his side.

The 18-year-old left-hander allowed nine runs on seven hits in just 1 1/3 innings. He walked three, struck out one and allowed a grand slam. He threw 34 pitches in the first inning, but then reportedly struggled with his control in the second inning, as some pitches barely reached home plate.
Click to expand...

Lat strain per Speier, which would be a best-case scenario.

Nowhere to go but up!

Saw the thread was bumped and I was hoping for news.

Sox Prospects podcast from last night mentioned that Groome is expected to go to Lowell when they start their season.

Getting the start tonight in Lowell!

I can confirm that Booger was indeed impressed.

The game lasted until one out in the top of the third when it began to rain. But Groome looked really good in his abbreviated start. The first seven Vermont hitters looked overmatched.

Shut down for the season with forearm strain according to Ian Browne. "Everything looks good structurally", i.e., no TJ for now.

While forearm strains are never a good sign, "shut down for the season" makes it sound more ominous than it is. He may have had two more starts in the regular season left.

While snod is largely correct that it sounds more ominous than it might be... Greenville is in the playoffs. So we are probably talking upwards of 5 starts.

That bring said... it explains how he walked six of the last eight batters he faced last time out.

Well. Seems like kind of a busted pick now, don't it?

top pitching prospect has his arrival time delayed by a year? is there anything worse for a farm system?

DeadlySplitter said:
top pitching prospect has his arrival time delayed by a year? is there anything worse for a farm system?
Click to expand...

Yeah, shoulder issues, which are indefinite and far less likely to be cured.

The list of great pitchers who had TJ surgery is pretty long, so I wouldn't jump to that conclusion. Not looking good now though.

Recovery rate from TJ surgery is 78%

TINSTAPP. That's why I never question when they trade one of these guys. Kopech is still standing, anyway.

If there's a silver lining, maybe this explains Groome's poor performance to date.

This certainly doesn’t make not taking Whitley feel any better.

Groome pitched an inning today in the GCL!

nvalvo said:
Groome pitched an inning today in the GCL!

From the gamecast, it looks like he threw 8 pitches, all down the middle.

nvalvo said:
Groome pitched an inning today in the GCL!

Nice to see that velo

Across the street from Mike's house. 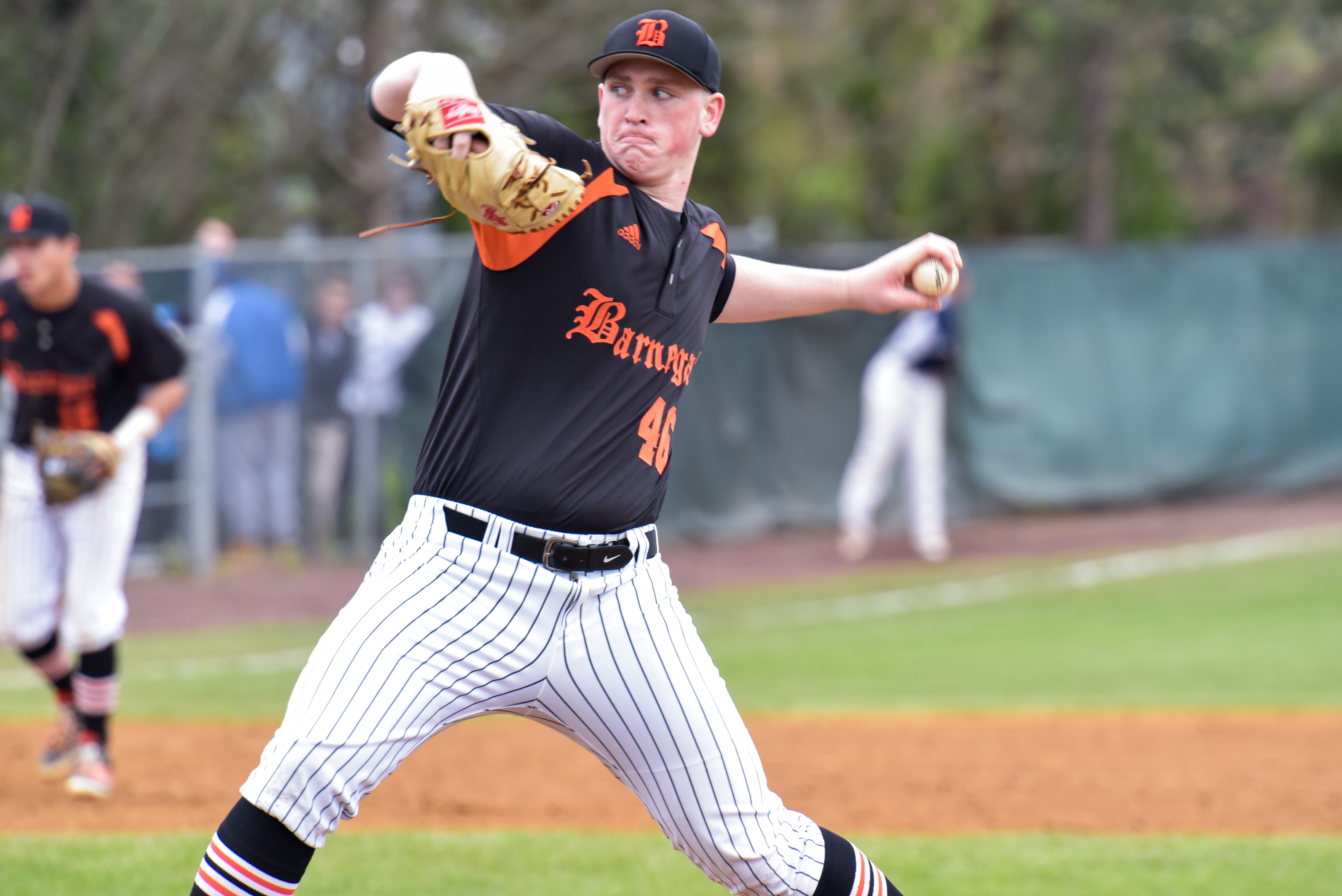 Three more innings yesterday, stuff is good, 95 on the FB.

Velo is normally good after TJ rehab due to focus on arm.

It’s all about maintaining health and gaining stamina now.

Anyone know the status on Groome?
If Mata is the real thing, and Groome is back on track... suddenly there's some minor league depth in the SP department. Adding Downs to Casas and there's a pretty decent cluster of projectable ML quality guys in the pipeline

On Groome, all I can find on him is that he has pitched a total of 4 innings in the past 2 years and was last in Lowell A ball. He has great potential, but I am not sure anyone can accurately predict whether his health will improve to let him be a MLB pitcher. 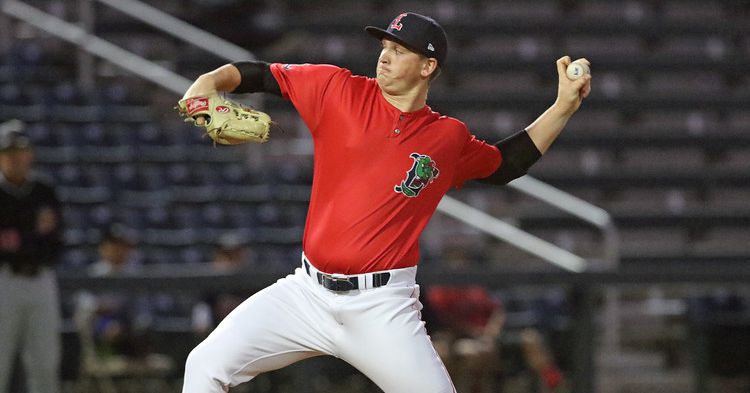 We’re still waiting for that breakout.

It gives a nice overview of his history with the sox, but provides very little insight into his current health condition.

"So, here we are four years after he was drafted and we still haven’t really seen a whole lot of Groome. Despite that, there is still excitement because the scouting reports are still good. He still has his starter’s frame and he still has the exciting stuff including a good fastball — though the velocity needs to build back up — as well as a good curveball. The changeup needs some work, but there’s still a real chance at three average pitches including at least one above-average to plus. The command can be good, but again he needs to get the work in to really refine it. He’s also still only 21 and doesn’t turn 22 until the last month of the current minor-league season. Groome still has a chance to be that top pitcher developed in a system that hasn’t seen one in a long time, but eventually he needs to stay on the mound."

He should be ready to start the year in Greenville. It's right in the article you linked. Considering the 4 ip were at the end of 2019, I have no reason to believe otherwise.

While Groome first pitched in Greenville in 2017, expect him to start the year back there in 2020
Click to expand...