All the rest of us plebs

Appreciate @Stanley Steamer offering to share message board space with the unwashed, but we don't deserve that. I hadn't really planned on starting this thread this year but I guess we need something for everyone else to ignore.


biollante said:
I'm just glad Exeter has started with some points in Div. 1. haven't seen them play in many years but since they are out of Div. 2 maybe they will make it on the Ocho or something.
Click to expand...

The Grecian's backbone for their promotion run last year was Wednesday loanee Cameron Dawson who manned the sticks to the tune of 19 shutouts. Sorry we took him back.


League Cup hosting the 92nd team in the League. But still.

Those goals are nuts! My Royals picked up a W in the Championship this weekend. Our manager is now Paul Ince. It's like the Home for Wayward Boys here in Berkshire. Anyway I'm hopeful we avoid any new financial shenanigans and avoid the drop again this season. Anything above and beyond that is gravy. Good to see former lad Michael Olise doing well for Palace. He's already pretty good but I think he might be special, splitting the wings with Eze.

What's been up with Reading the last couple of years? Just the typical boom/bust cycle of Championship squads?

Sunderland manager Alex Neill has resigned in order to take charge of Stoke. His resignation came on the day that cameras returned to the club to start filming the third season of Sunderland Til I Die.

Joe D Reid said:
Sunderland manager Alex Neill has resigned in order to take charge of Stoke. His resignation came on the day that cameras returned to the club to start filming the third season of Sunderland Til I Die.
Click to expand...

Not to mention new majority owner Louis-Dreyfus was climbing (the Twin Peaks) of Mount Kilimanjaro when he got the news on Friday. He made it back to the directors box for the game on Saturday.

“
Ain’t No Mountain High Enough for Louis-Dreyfus and Sunderland

There was a time not so long ago when Sunderland fans were questioning the attitude of leading shareholder Kyril Louis-Dreyfus — understandably, they felt misled over the ownership percentages on the board, write Michael Walker and Philip Buckingham. Dreyfus has partially resolved that issue by taking a majority stake in the club, and he has now shown a very different level of commitment to Sunderland.

Dreyfus, 25, was on a pre-planned climb of Mount Kilimanjaro in Tanzania on Friday when then-manager Alex Neil drove into the Sunderland training ground to say he wanted permission to speak to Stoke City. 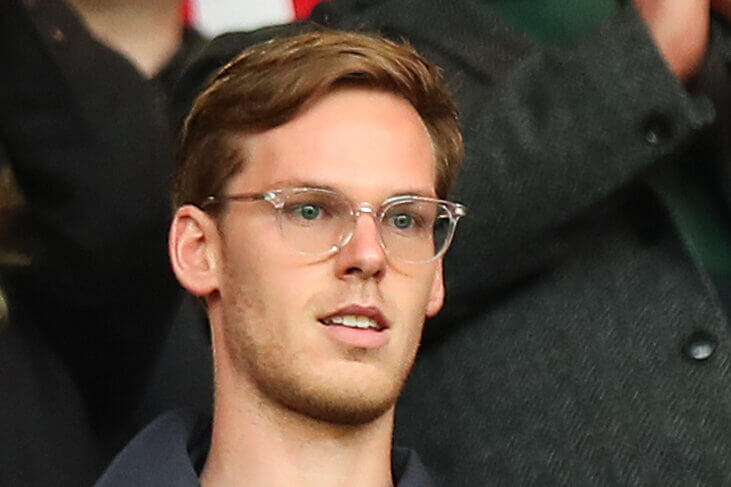 Louis-Dreyfus made a 7,000-mile trip back to Sunderland (Photo: Robbie Jay Barratt – AMA/Getty Images)
It is not known where Louis-Dreyfus was on the fourth-highest mountain on earth, but the club got the Neil news to him and within 24 hours, apparently via a combination of helicopter and private jet, Louis-Dreyfus was in the directors’ box at the Stadium of Light for Saturday’s 12.30pm kick-off against Norwich City. Sunderland have been approached for comment.

Footage of his travel will be limited, however. Although there are Netflix cameras back on Wearside, there will be no third series of Sunderland ‘Til I Die. Instead there is a two-part retrospective in production that will update the club’s climb out of League One via May’s play-offs. Neil’s interview on the subject had not been recorded and presumably Netflix will have to go to Stoke City now to get his thoughts.

Seems crazy on the surface, but word is Neil (who I've never been overly impressed by) was getting a big bump in pay at Stoke, both in value and term.
You must log in or register to reply here.
Share:
Twitter Link
Top Bottom