Titans Bastard said:
The Euro heavyweights like Lyon are probably better than any club in NWSL, but even the best Euro leagues are extremely top heavy.

The bottom half of the French league is semipro at best and would have no hope of competing in NWSL at all.

Yeah Lyon is basically a european all-star team and they have trouble against, like, the NC Courage. The gulf isn't as big as it was 5 years ago, but the USA still has a massive participation advantage for girls in youth and women in college, generally thanks to Title IX. Like, the USWNT B-team might stand a chance of winning the WWC. They wouldn't be favored (the way the A-team is), but the talent pool is so deep that you can take out your Ertzes and Lloyds and Lavelles and still have a squad that will fucking crush all but the top 6-8 WNTs.

I've said for a while that they should send a B-team to the Algarve Cup, just to see how it goes, while the A squad plays their SheBelieves Cup. You know, on different days, with different coaches, 6 time zones away. Can't get enough experience, and there really aren't that many good women's tournaments.

As for a (true and hyped-up) women's Club World Cup, that's such a good idea that I'm sure it would have existed years ago if Chuck Blazer were still alive. Can you imagine a league-position-based grudge match, NWSL vs English WSL? I'm willing to bet you could find a way to do a true global CWC twice in a WC quadrennial cycle, hosted once in the US and once in Europe. I would watch the fuck out of that. You could let minnow nations each send their WNTs, too, once you put 'em through some qualifiers.

Lavelle gets traded to the OL Reign and signs for 1 year with the Man City. Mewis also signed a 1 year deal with City. I’ve been waiting for more of these deals since there’s no NWSL matches currently scheduled. Surprised some of the big names haven’t yet.
Last edited: Aug 17, 2020

I'd assume the old guard isn't interested in going abroad to get more reps. Alex Morgan doesn't have to prove herself to anyone, Carli Lloyd, Megan Rapinoe, Becky Sauerbrunn etc... I have a hard time seeing them putting in that work when they can just take an easier year, spend more time with their families, keep training, and know that they have a spot on the WNT until it's Christie Pearce Rampone o'clock for them.

The ones I'd expect to move are fringe WNT-ers, backups and young players who need to set themselves apart (as Lavelle states as her primary goal in that article). Your Tierna Davidson, Ashlyn Harris, Lynn Williams, etc.

The NWSL announces an 18-match, regional pod schedule for September & October. Best news is that 4 of the matches will be on CBS and 3 others on CBS Sports.

Lyon won the Women's Champions League again. That's 5 straight titles, and they have made the final 9 of the last 11 years, winning 7 times.

Chelsea sign Wolfburg’s Harder to pair with Kerr up top. That is legitimately frightening. Chelsea has made some great additions this past year. Though they’re not as deep and well rounded as Lyon, hopefully those two can square off in next UCL.

This is awesome to see, when I used to have the Chelsea TV subscription watching the women who's never even half as exciting as watching the youth team, now I'm actively seeking out the Chelsea women's scores That's wonderful.

Nielson ties it up with a PK and then scrums with the opposing goalie in the net to get the ball back.

Oh Mall! Denied by the woodwork

Sky Blue get one after all.

Glad she'll get some real time playing to be ready for the Olympics (well, if they happen).

Lucy Bronze moving back to the Super League, too, from Lyon to Man City. It’s fantastic to see the English league take a quantum leap forward.

Red Stars’ Yuki goes on loan to a Japanese men’s team. I don’t get why she’s been edged out of a squad that struggles to mount an attack, but cool barrier for her to break. Hope she lights them up.

Alex Morgan signs with the Hotspurettes 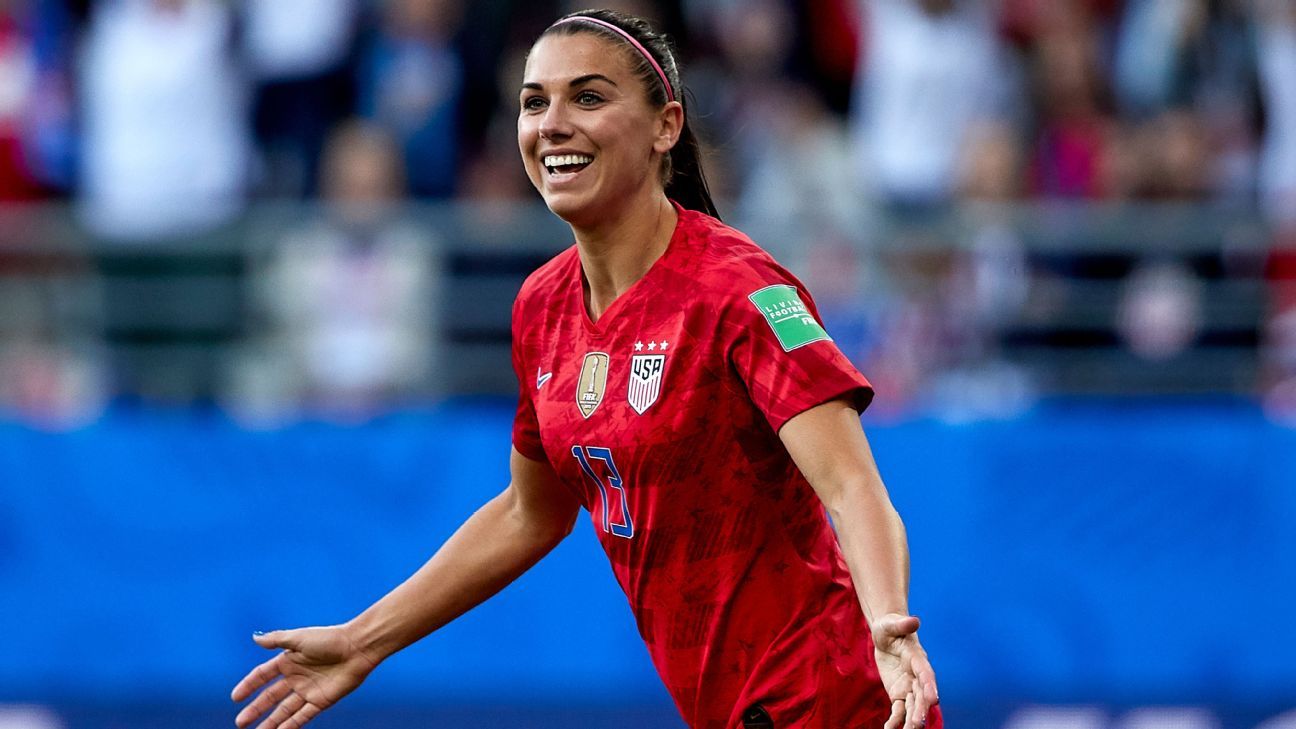 I'm now officially aboard the WPL/WSL train. Have to figure out how to watch those games.

I'm now officially aboard the WPL/WSL train. Have to figure out how to watch those games.
Click to expand...

NBC / NBC Sports has broadcast rights for a bunch, they’re also all streamable for free on the FA Player app.

Been an enjoyable Chelsea / City game, but I have no idea why LaVelle didn’t start for city (she’s on in the 60th and already making a difference) and why she got put in at striker. She can play that role, but I think she’s about as good of an AM as I’ve seen on the women’s side, and she doesn’t get the start or get to play her position.

chelsea is outstanding though

The NWSl is getting ready for it TENTH season. That is such great news. 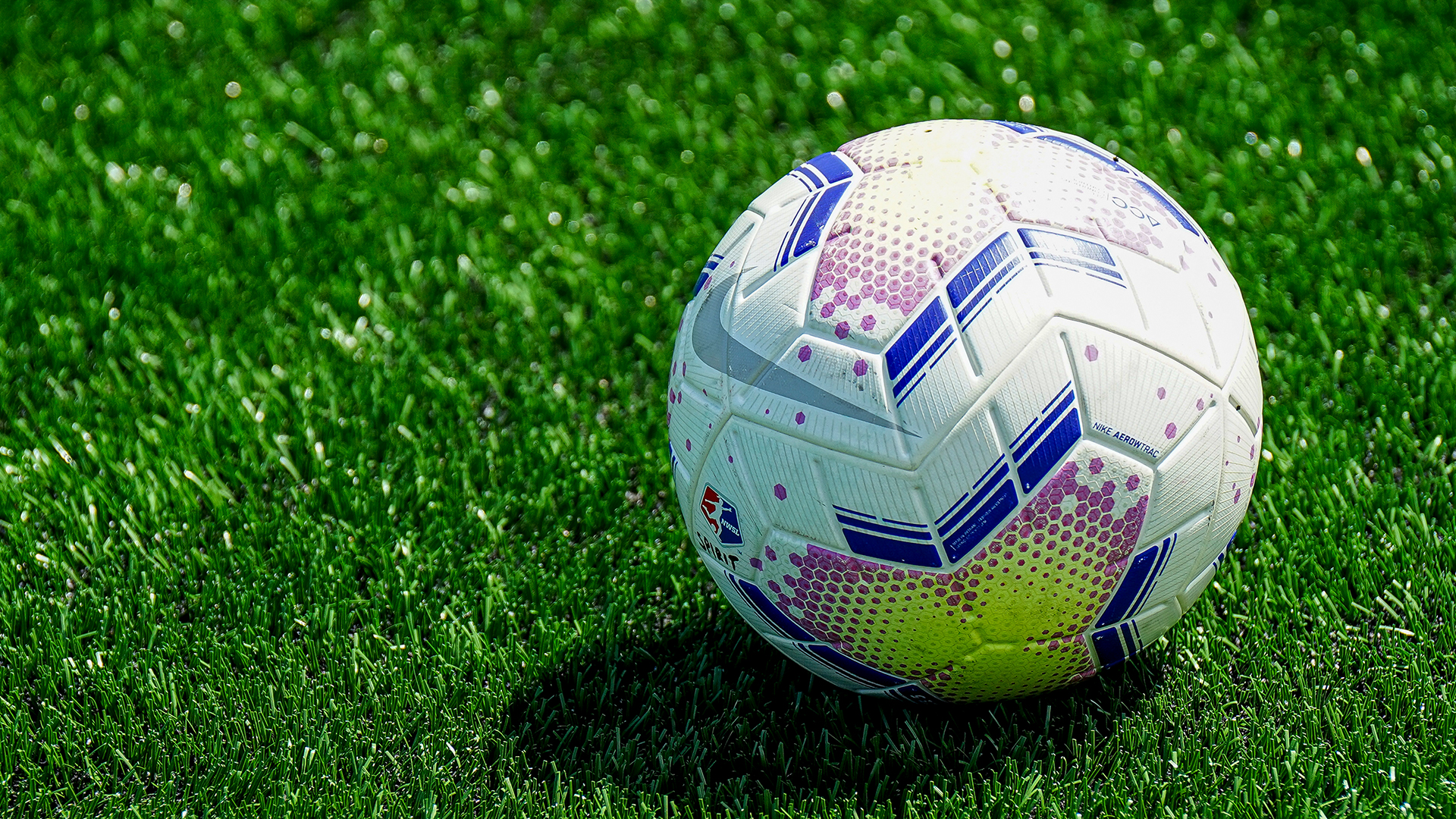 Some highlights:
-- Players report to camp Feb 1st.
-- The Challenge Cup returns in mid April and will be played in "multiple bubble environments, team markets, or some combination of the two"
-- Regular Season consisting of 24 matches will start in mid May
-- Playoffs begin early November. Six teams (top 2 getting byes) with the Championship the weekend of November 20/21

steeplechase3k said:
The NWSl is getting ready for it TENTH season. That is such great news.

Some highlights:
-- Players report to camp Feb 1st.
-- The Challenge Cup returns in mid April and will be played in "multiple bubble environments, team markets, or some combination of the two"
-- Regular Season consisting of 24 matches will start in mid May
-- Playoffs begin early November. Six teams (top 2 getting byes) with the Championship the weekend of November 20/21
Click to expand...

That looks like as good a plan as one could make right now for next season.

The Louisville expansion draft was a couple days ago, and Racing selected by Tobin Heath and Christen Press. It's a curious choice, not because of the talent involved, but Heath & Press are both at ManU through May and then probably on the Olympic squad over the summer. The team would have gotten $150k cash if they passed on taking a USWNT designated players, but maybe the team knows something we don't?

Previously, the Red Stars had traded Yuki, McCaskill, the 5th overall pick in the 2021 Draft, and an international roster spot for the next two seasons to Racing in exchange for full protection during the expansion draft. For a squad that struggled to mount any attacking threats last season, shipping out the two most creative center mids on the roster plus limiting the options to bring in replacements is really curious. The Julie Ertz' window closing is on the horizon - not imminent, but a few seasons out - so this team should be in short-term go-for-it mode. They need creative players, attacking players, and finishers to complement the best defense in the league.

USWNT friendly today against the Netherlands ESPN2 12:30 ET if you have recovered from your tryptophan coma by that time.

Wow, a WWC Final rematch! Thanks for letting us know, I'll check it out.

Here's the roster, lineup isn't out yet. Horan is apparently out due to COVID.

I didn't realize they'd converted Crystal Dunn to a fullback. I feel like that must've happened years ago and I just missed it.

Section30 said:
USWNT friendly today against the Netherlands ESPN2 12:30 ET if you have recovered from your tryptophan coma by that time.
Click to expand...

InstaFace said:
I didn't realize they'd converted Crystal Dunn to a fullback. I feel like that must've happened years ago and I just missed it.
Click to expand...

Williams needs to practice shooting low. Five shots, all up and over.

Team looks good for a 8 month layoff period for most of the players.

Rose Lavelle is going to go down as maybe the most technical & creative player the USWNT has had.

Section30 said:
Team looks good for a 8 month layoff period for most of the players.
Click to expand...

Alex looked really good on the deft touch, offside by a smidge, near-goal. Not bad just after motherhood.

Seemingly the only sports entity in America whose viewership is growing at a healthy clip:

The league carried out two tournaments amid the COVID-19 pandemic and a new broadcast deal with CBS sparked broad growth.

Fallout from the debacle in Salt Lake City, where generally crappy human being Dell Loy Hansen is more or less being forced to sell his soccer assets (RSL + Utah Royals). I'm guessing there wasn't a buyer who wanted both.

Am I remembering it right that when Utah came in the league, they basically were given all the players from the KC team that had just folded? And now a few years later they are being sent back. Bizarre.

Missed this over the holidays - Mal Pugh & Sarah Waldmoe traded from Sky Blue to the Red Stars for draft picks & international slots.

Pugh only played 29 minutes last season due to injury, but is still only 22 (hard to believe given how long she’s been a star). She’ll be a huge addition to the Red Stars struggling (to be polite) attack. I’m still worried that they lack a true finisher in the middle, but Watt & Pugh cutting in from the wings should create lots of opportunities for everyone else.

Waldmoe fills a key void in the midfield and brings tons of experience and leadership to the squad. This is a GFIN move by Chicago, but they still need a few more pieces to complete the roster.

Catarina Macario, touted as the next big thing for the USWNT, is leaving Stanford to go pro. The destination is not confirmed, but it looks like Lyon.

Another touted prospect is going pro, most likely in the NWSL.


(Yes, she's the daughter of Dennis.)

Pugh only played 29 minutes last season due to injury, but is still only 22 (hard to believe given how long she’s been a star).
Click to expand...

It's seemed like she's been the "next big thing" for a while and, due to timing, hasn't had the international spotlight or big goal yet. She's only played about 120 WC minutes and she has only 4 international goals--just one in the World Cup (the one to make it 11-0 over Thailand).

She should have a chance to rectify that in the 2023 World Cup though if she stays healthy and the world is still spinning.