dynomite said:
For a player who has a reputation for tinkering with his swing, going on hot and cold streaks, and making much balleyhooed adjustments, for almost three seasons now JBJ has been remarkably consistent at the plate.

He's going to hit a few more HR this season and steal a few less bases than last year, but I hadn't realized how stable his hitting profile has become. It's not a great hitting profile, by any means, but, well, it is what it is.
Click to expand...

He is who we think he is.

azsoxpatsfan said:
I was reading a Fangraphs article (linked below) about Devers' breakout season and one of the things they talk about is how ridiculous he is going the opposite way. He has the fifth highest wRC+ when he goes oppo, at 258, and his line going oppo is .467/.459/.944. Somehow JBJ is fourth in MLB in wRC+ when hitting the other way, at 261, with a line of .477/.470/.938. I don't have time to look it up right now, but his stats going up the middle and pulling the ball must be absolutely atrocious. 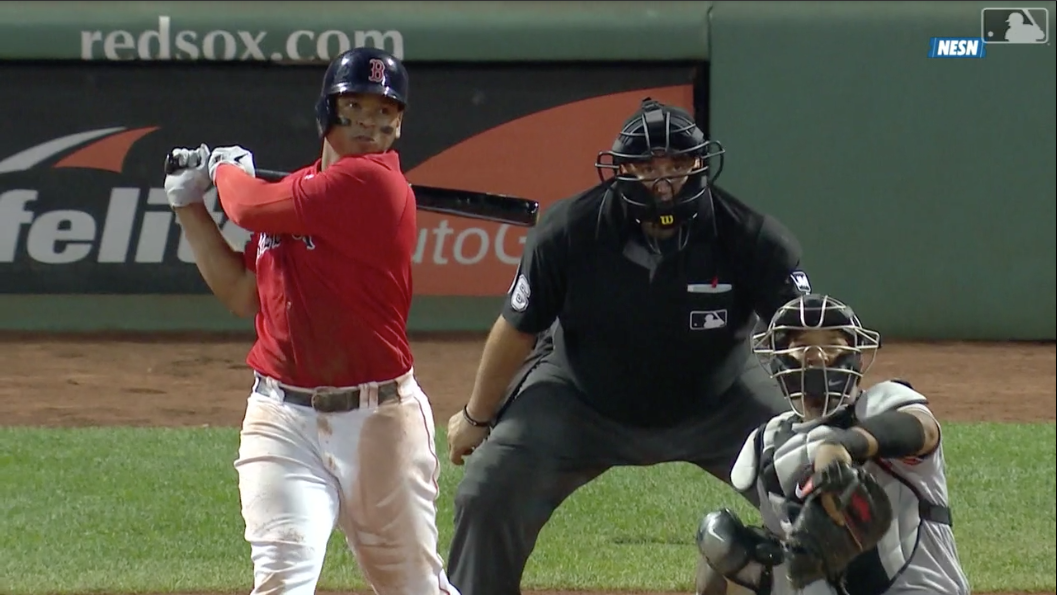 The 22-year-old third baseman is red hot, and has improved significantly on both sides of the ball.

I seem to recall Chili Davis preaching oppo with both him and Xander, particularly with two strikes. Possibly not a coincidence that his best season came under his watch?

Danny_Darwin said:
I seem to recall Chili Davis preaching oppo with both him and Xander, particularly with two strikes. Possibly not a coincidence that his best season came under his watch?
Click to expand...

2016 and 2017 were his worst worst wrc+ years of his last 5 seasons (189 and 166, respectively) going to opposite field, and his rate going that way during those two seasons was almost exactly the same as the last two, so I don’t think that’s it.
You must log in or register to reply here.
Share:
Twitter Reddit Pinterest Tumblr WhatsApp Email Link
Top Bottom