They're especially fun to watch when they're beating Spurs. Great finish from Sakho on that tight angle shot. Dreadful defending by Rose. Be aware of your surroundings, Danny.

How does Vertonghen not get at least a yellow there?

This may seem odd, but I really like Costa as a total package. He's a nasty piece of work at times, but I love where that behavior comes from. He's intensely competitive because of where he comes from--both in terms of geography and economics--and he has an amazing combination of power and technique.

You have to take him as a whole package, though, the way you have to take Suarez. Both play with a kind of desperation that leads to moments of apparent madness, but usually yields a manic genius. Soccer would be a lot less fun without that sort of player.

I'm not sure how West Ham withstand another six or seven minutes of this.

Alex Song is not a smart man

Kane 2/5 in his last few penalty attempts, taking this over Eriksen...

That's what you get for wearing different colored boots.

Spurs almost waited too long to play this:

Look, Harry Kane is a great young player. I can't get over, how much I diespise Danny Rose.

BFS's tactics at the end were awful. That's not a team set up to just sit back and absorb pressure for 20-25 minutes.

It's a close call anywhere on the pitch.  Yes, there looked like there was contact, but there's little doubt in my mind that Kane chose to go down there--as opposed to being brought down--and I don't think he'd have gone down if he'd thought he had an excellent chance to set up or score a goal.

Would I have given the penalty in a vacuum? No. In practical terms, a penalty is too strong a sanction for that contact.  But I can't say it was the wrong call.  Song shouldn't have given Kane the opportunity to sell it, and it's hard to look at the big picture and suggest Spurs didn't earn a draw.  So West Ham don't really have much to complain about.

Total dive (smart one admittedly) by Kane. That's waved off with a smirk from the official anywhere else on the field.

Luis Taint said:
Look, Harry Kane is a great young player. I can't get over, how much I diespise Danny Rose.
Click to expand...

Hand on shoulder, hand on waist, from behind. I'd call it. 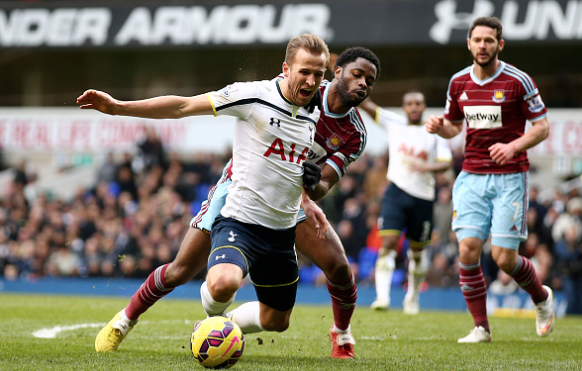 "Could the West Ham fan parked in bay 15 please contact the nearest steward, your house is on fire" 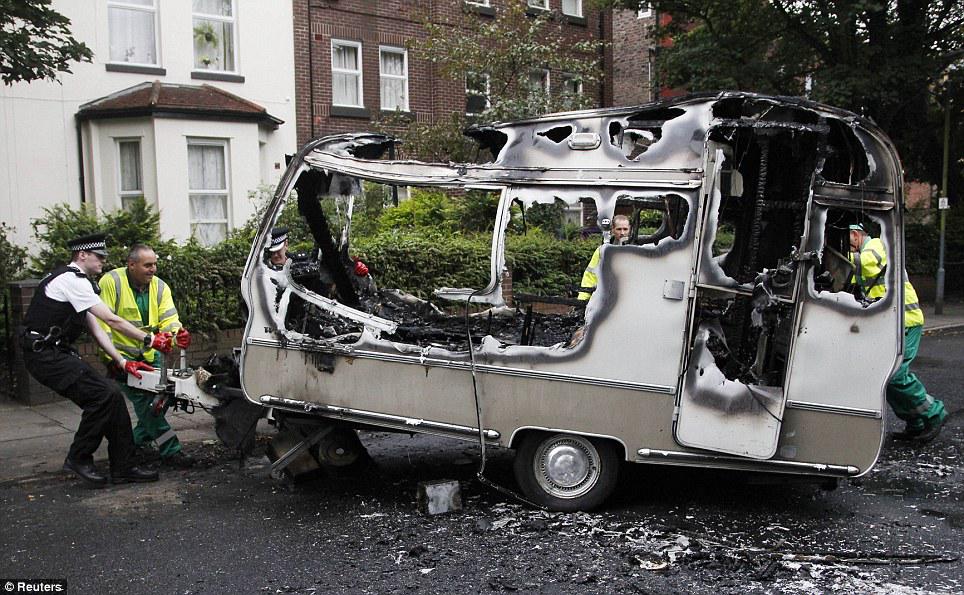 SocrManiac said:
I don't think there's a conspiracy against Chelsea.

I do think Martin Atkinson should be relegated to amateur leagues. He sucks for everybody, fortunately. It's not a Chelsea problem.

I utterly believe Chelsea have absolutely earned their just desserts at this point.

Human nature may be entering into things somewhat. Diego Costa puts people off. Hazard is legitimately fouled with a staggering regularity owing to his speed and quickness, but he adds to his tally with shameless simulation. Ivanovic is an insanely talented defender that gesticulates like a spoiled child. His antics after the handball today were utterly absurd and his behavior when Atkinson pulled the red was total bush league. The team as a whole is working referees as a result of their manager's scheme. It's backfiring.

The best thing they could do at this point is adopt a businesslike demeanor without the dripping sarcasm Mourinho displays. Referees, regardless of their job, are human. Don't show them up. Don't play mind games with them. Mourinho is too far on the wrong side of the ledger here and he's costing his team. He's miscalculated with his public commentary and perhaps legitimately created what he was attempting to insinuate. His players are following his lead. Too many games, too few of them are actual football.
Click to expand...

This is right on.
Working the refs is a fine art, and it is terribly easy to go too far and draw a backlash. Phil Jackson is the all-time master at this- both working the refs and knowing when to stop. Belichick, while talented in many ways, doesn't have the media chops to do this effectively so he just talks about his team and ignores the refs.

Mourinho is in it deep now, he's gone way too far (2 penalties all year? Is that true?). Yesterday's "four moments" speech was fun but doesn't endear him to the refs. Chelsea may continue to get squeezed all year, I wonder if they begin to be more composed.

Holy shit, has Vardy changed this game or what.

Fair play to Leicester, they're doing a decent job of parking the bus. Everton are letting them park it, by faffing around the final third whilst Leicester get set up. Lukaku could have maybe stuck out a bit more leg longer on that ball in.

Oh, and there's the goal.Great diving header from Lukaku.

Edit: and that's the downside to Lukaku's game. He has the ball in the box, back to goal he has support and he hits a short square pass and gives the ball away in a great position.

What a weekend in the Premier League

I'd rather have a currently MIA Jan Mucha now than Tim Howard. Horrible this season.

3 minutes in, almost give up a penalty, then COUTINHO!

From out-Newcastle-ing Newcastle to goal of the season in 150 seconds.

This is going to end with a baseball score, isn't it?

What a fuckin strike.

Coutinho, with a goal, like every time I play Liverpool in FIFA

Then nearly immediately give up the equalizer.

I wouldn't have complained if Saints got a penalty for Allen's challenge. But you need a bit of luck and they all say it evens out in the end so it's okay.

I think it's pretty safe to say this game won't finish 0-1.

That catch by Mignolet is really good stuff, considering the corner and the weather.

Is Liverpool even at 25% possession? Every move seems to end in a 1st pass turnover.

That Coutinho goal might be the goal of the season.  Holy shit.

I wish we could at least get stadium audio on the tactical cam.

A Steve Gerrard chant? Did I hear that right?

And then a "We won it 5 times..." chant. If it weren't for Lovren handling the ball, you could confuse St. Mary's for Anfield.

Allen is having a pretty horrible game.

Talk about a makeup non-call

Atkinson is watching this with a smile on his face.

I'm not sure what else needs to happen to get a call there.

This ref really doesn't want to call a penalty today.

the creators of Manimal and Cop Rock

I'm now worried that the refs are going to call a soft penalty or red to make up for the Allen non-call.

And, as I type this, Grahame Le Saux claims Sterling maybe should have had a penalty.

That Sterling call was "Have fun working the Rotherham match next week"-level bad.  Wow.

Holy shit, that tackle from Lovren.

Looked to be a clear handball by Mignolet lolol

Yeah Lovren lucky to be on the field

When he's in form, Mignolet comes up with some awesome saves.

The Slums of Shaolin