Three of our old friends, Tyler Austin, Ronald Torreyes, and Jake Cave are all trying to make the Twins roster. Toe and Cave have options so will likely be sent down, Austin is out of options and may make the team even though they signed Nelson Cruz and CJ Cron ahead of him at DH/1B, all three are RHH too. Austin is slashing .390/.390/.659 this spring, rooting for him.

Baldelli praised the heck out of Toe in a Providence Journal article last week. I will try to find it.


Baldelli dealt with only a small group of reporters on Thursday, though there was a fair amount to cover with the Twins lighting up the scoreboard in a 12-1 win over the Red Sox. But Baldelli still handles each question with poise and a calculated approach, while still mixing in some humor; at one point, he jokingly accused a reporter of peeking at one of his note cards.

Though he doesn’t give everything away, like most managers, Baldelli does not dance around the questions regarding each of his players. For example, he was asked about former Yankee Ronald Torreyes’ versatility and what he projects his role to be.

“Well, he’s capable of doing many different things,” Baldelli said. “He’s got the baseball player gene inside him, as well, where you could put him in any situation and he has the ability to figure out a way to make it work. You can put him all around the infield. He has a nice compact bat, line-drive hitter. Likes to hit and run — it’s his personal preference, actually, which is kind of interesting. But he does all of these things that has — he has the ability to do it and also makes the guys around him better because he’s a great teammate and a great guy, as well. There’s not a lot to be critical of. The way he takes care of business every day, it’s a pleasure to be around him and makes you want to keep complimenting him because he does all these things. He is the definition of a versatile guy who can do a lot of different things to help you.”

While Baldelli is quick to compliment Torreyes and other players on his roster, he’ll need to have a difficult conversation with a few of them in the coming days, with the first round of cuts approaching in the next couple of days.

Chasen Shreve DFA'd by the Cards.

Ian Kennedy of all people is the Royals closer, at least for now.

jon abbey said:
Whoa, David Robertson has been a tire fire so far in 3 appearances for PHI, 2 5 4 4 5 1 combined, at least one ER each time. Tonight he came into a 8-8 game bottom 9 and did not get an out, single, walk, walk, walk, ballgame. Yikes.
Click to expand...

I was watching the game while I was at the gym. He has no idea where his fastball is going. His slider is okay; he got a couple of swings and misses, but he misses the zone too much and that's his best pitch right now, which he never threw until a couple of years ago according to FanGraphs. He should move to mop-up duty for awhile until he figures it out.

Tyler Austin DFAd by MIN, hard to find a roster spot for a DH/1B who can only hit lefties these days.

Maybe his dad can help persuade a team to sign him

jon abbey said:
Tyler Austin DFAd by MIN, hard to find a roster spot for a DH/1B who can only hit lefties these days.
Click to expand...

Traded to the Giants for a minor leaguer.

Didn’t Pavano and Hughes both pitch well for the Twins after famously withering under the Yankee spotlight? If so, perhaps Pineda is on the same plan...

Van Everyman said:
Didn’t Pavano and Hughes both pitch well for the Twins after famously withering under the Yankee spotlight? If so, perhaps Pineda is on the same plan...
Click to expand...

One of the most underrated A-Rod moments was homering off Pavano in the ALDS. until that happened, it really felt like they were going to get beaten by Pavano in the playoffs and it was going to be absolutely infuriating.

And Erik Swanson, the second pitcher NY sent to SEA for Paxton, is starting for the Mariners on Wednesday.

Shane Greene and Kirby Yates are tied for the MLB lead in saves with 10. 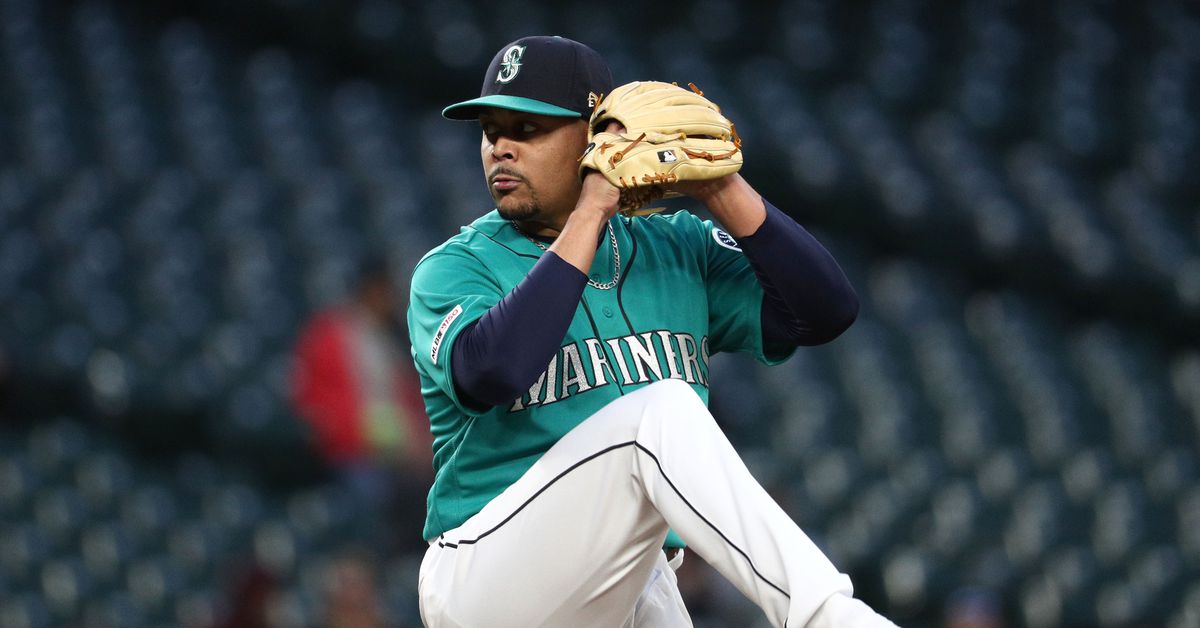 have any of you ever seen a moose in real life?

The PCL is brutal for pitchers this year, Taylor Widener is another former NY prospect who had moved into the top 100 but is just getting blasted in the PCL this season with the new balls.

Lost in yesterday's craziness was this sad news for David Robertson, NY dodged a bullet here by not signing him again:

"David Robertson is out for the season. The veteran reliever is expected to need surgery to repair the flexor tendon and he might need Tommy John surgery too."

jon abbey said:
Lost in yesterday's craziness was this sad news for David Robertson, NY dodged a bullet here by not signing him again:

"David Robertson is out for the season. The veteran reliever is expected to need surgery to repair the flexor tendon and he might need Tommy John surgery too."
Click to expand...

Really sad news. I’ve said it before, but I know his wife well and him a bit and they’re both such great, charitable people.

"David Robertson had Tommy John surgery on Thursday. Rehab is typically 14-16 months, meaning he is expected to miss the entire 2020 season."

Robertson has a $12 million team option in 2021 and a $2 million buyout. So the Phillies may have paid $23 million for 6.2 innings of really bad pitching.

He had only two all year, and now has five more this week (actually his second multi-HR game this week).

Old buddy Mason Williams, who turned 28 a few weeks ago, got called up by the Orioles today.

jon abbey said:
Old buddy Mason Williams, who turned 28 a few weeks ago, got called up by the Orioles today.
Click to expand...

His greatest moment came in Baltimore. Homered with family looking on. And then he got hurt.

Ryan McBroom, who NY traded to KC on Sunday, got called up today and singled in his first AB. The Scranton bus was watching on the way back from their insane win this afternoon and evidently went nuts.

Former NYY player/mascot Ronald Torreyes spent most of the year in AAA for MIN, but he just capped a comeback win over CWS (8-6 down in the 12th to 9-8 walkoff) by getting hit by a pitch with the bases loaded.