This year's tour kicked off yesterday with a major controversy: Chris Froome who has won the last three tours and four out of the last five was reinstated after successfully challenging a ban for testing positive for Salbutamol, an allowed Asthma medication, but he was over twice the legal limit.

He's being booed heavily along the course by fans so far. In perhaps a bit of karmic correction, he had a minor crash 5 km before the finish in the first stage and lost just over a minute.

Peter Sagan won Stage 5 today with a near-perfect sprint. The replay is a great watch. Easily (imo) the most enjoyable rider on the tour.

In other news, American Lawson Craddock had a nasty crash in the first stage and broke his scapula in the process. He's decided to ride on, and pledged to donate $200 for every stage he finishes towards a local velodrome that was damaged during Hurricane Katrina. It's a little hard to watch him grind it out, but I can understand not wanting to go home after getting picked for a tour team.

Tomorrow's profile is similar to today's, but with a tougher, steeper finish. Sagan could repeat, but will probably drop a bit on the second climb.

Apparently it was a pretty good stage today. I can only read about it, because NBCSN doesn't seem to have had the usual primetime replay. Some MMA competition I've never heard of was on instead.

Mr. Wednesday said:
Apparently it was a pretty good stage today. I can only read about it, because NBCSN doesn't seem to have had the usual primetime replay. Some MMA competition I've never heard of was on instead.
Click to expand...

Cyclocosm put up a great "How the Race Was Won" video on the stage (click "no, please help!" if it doesn't play). The stage was good, even if it involved the inevitable Sky dominance.

Quick hits for anyone curious (or for some inevitable HQ question):
A bunch of sprinters have been dropped, making Peter Sagan the odds on favorite to win the green jersey.

Geraint Thomas is in the yellow jersey, with Chris Froome 1:39 behind. As they're both on Sky, and Froome is the team leader this has lead to a fair amount of speculation about in-fighting, etc. There's a good chance that the most interesting thing about the GC in this tour will be two riders from the same time battling it out for the win (a situation Froome has been in before). Some people have observed Froome isn't at his peak after riding the Giro, but that may just be armchair riders.

Lawson Craddock, the pride of Texas, still sits in last place but he has looked better over the past few days. He's 10 minutes off the next closest rider, so he continues to have the Lantern Rouge locked down, while also raising over $100k for his hometown Velodrome.
Last edited: Jul 21, 2018

Been a wild race this year. Defending champion keeps falling, temps are in the 100's and a great finish today... 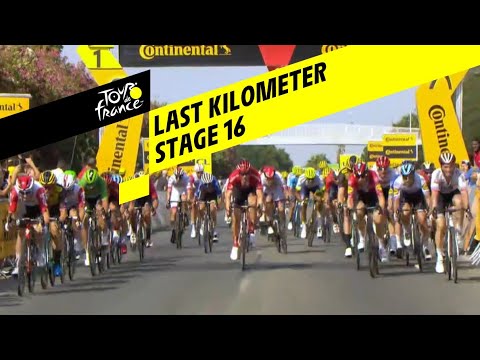 I haven't been able to watch nearly as much as I normally do of the Tour, but am greatly looking forward to the next three days. I am rooting hard for Alaphilippe to hold on over Thomas. I like when the Tour is competitive, so it's certainly more exciting to not see the favored rider just line up a super team and boringly but effectively control the entire race. Even though Alaphilippe has looked stronger than Thomas, I think it's still questionable whether he'll have the legs to lead at the end of the Alps.

I am pulling hard for Alaphilippe, but he just doesn't seem to be able to respond to the attacks at the end of stages.
He was saved by his descending today, but now has two climes to survive and I am not confident.

Silverdude2167 said:
I am pulling hard for Alaphilippe, but he just doesn't seem to be able to respond to the attacks at the end of stages.
He was saved by his descending today, but now has two climes to survive and I am not confident.
Click to expand...

I'm not sure he was unable to respond today, I think he knew he didn't have to. Lance used to occasionally let another rider take a 15 second lead over the top of a mountain since he knew he could catch them in the descent.

I think he'll lose time the final two stages, but manage to hold on. Next two days will be a blast for sure.

I'll add that it may be even more exciting if Alaphilippe falters because you've got 4 riders within 20 seconds including two teammates in second and third 5 seconds sorry, and a 5th rider only 44 seconds back.

Love that Saturday ends at the top of an uncategorized climb. Gonna be an all out assault amongst the leaders.

I'm also hoping for Alaphilippe, or Pinot -- would like to see a Frenchman win for the first time since 1985.

Coverage-wise: I've been pleasantly surprised with Bob Rolle. You really can't replace Paul Sherwen, but I think Bob has done a decent job (my expectations were admittedly low), and he is better calling the race and pointing out the tourist sites than he is in the studio. But I miss the two-hour edited shows NBC Sports used to show mid-day...Those were great to record, and watch later in the evening while skipping the commercials. You could get a sense of the full stage and where they traveled, but not spend 3 hours doing so.

Insane and tragic day. Pinot, who looked like one of the best in shape in the tour withdrew in years due to a torn muscle suffered in a crash two days ago.

Then the stage was cancelled before the final climb because of hail on the course. Egan Bengal, the 22 year old and youngest rider in the field and also teammate of Gerant Thomas, is now in the yellow jersey.

Due to washed out roads, tomorrow's stage which was a category 1 followed by a category 2 and ending at the peak of an uncategorized climb after 130 km is going to just be the final climb. 60 km total.

I can't see anyone but Bernal winning, but this should be an all out attack starting 25 km in to the summit at 60km.

It seems like freezing the field at the top of the climb is controversial (even though they were something like halfway down the other side), but I don't think there was another viable alternative. They never finish a race on a descent, it's either the top of a hill or it's (relatively) flat.

Today was a truly disappointing day for viewers, with Pinot's withdrawal at the start and the cancelling of the final section of the stage at the end. I can't imagine how frustrating it must have been for the riders in the group chasing Bernal -- some of those guys had been saving their energy for the final climb, and suddenly -- it didn't exist any more.

I really don't know what to expect tomorrow; I've never seen a situation like this before. A stage consisting of (basically) a single climb, and five riders within 2 minutes of each other at the front of the rankings. Crazy. I just hope it doesn't turn into "Team Ineos drives the peloton at such a high pace that no one can attack until the final 2 km".

StupendousMan said:
I really don't know what to expect tomorrow; I've never seen a situation like this before. A stage consisting of (basically) a single climb, and five riders within 2 minutes of each other at the front of the rankings. Crazy. I just hope it doesn't turn into "Team Ineos drives the peloton at such a high pace that no one can attack until the final 2 km".
Click to expand...

Looks like you’ll get your wish (EDIT: Or perhaps not....). Feels like an earlier-than-expected shot of Poels/Kwiatowski/Castroviejo hanging at the back of the Peloton has become a pretty common occurrence the last few weeks. Team is minus Froome and Landa vs just two years ago and it shows. That said, they’ll probably still win.
Last edited: Jul 27, 2019

Unless he spills, Bernal has this and at 22 may have a few more in him.

This was the first tour I started following since the lance years and it was a blast. I started pulling for Alaphilippe last weekend and had a blast. Knowing very little about the riders or the teams, I wish he had a better team so he was not alone on all those mountain stages.

Congrats to Bernal who makes me feel really old.

Bumping an old thread, but today's stage made this the best tour in decades. Unbelievable

semsox said:
Bumping an old thread, but today's stage made this the best tour in decades. Unbelievable
Click to expand...

I really got into the Tour this year, for basically the first time ever - and today very much justified my investment of time into it. Nobody saw Roglic fading or Pogacar coming on like that, did they?

No, certainty not to that extent. I could see Pog beating Roglic in the TT, but I never would have believed he could take that much time out of him. I'm stunned by everything about today. The fact Pog actually won the stage by 1'21 is incredible too. Remarkable day.

Pogacar's ride was amazing -- one of the best performances I've seen on a bicycle. Roglic wasn't terrible, either -- he ended up in fifth place for the stage. Pogacar was just beyond the ordinary (and that's not an accusation of drug-taking, either). Roglic looked out of sorts as soon as he started climbing, but still did a very good job. Just not good enough.

When he crossed the line and knew that he'd lost the yellow jersey, he got off his bike and sat, exhausted, on the ground for quite a while. He was _spent_, physically and mentally. But the first thing he did after standing up was to walk over to Pogacar, who was giving an interview, and congratulate him. The two of them are clearly good friends, but it must have been a very hard thing to do. Roglic rose quite a few marks in my estimation with that gesture.

For me, the story of the tour was the end of Sagan's run on the green jersey. It's clear that he has moved from the second-or-third-fastest sprinter in the group -- which, added to his decent climbing ability (for a sprinter) and bike handling expertise has allowed him to own the jersey for so long -- to the sixth-or-seventh-fastest. I don't see him winning any other green jerseys. It's a bit of a sad moment, as he's been one of my favorite riders for years. Sigh.

As a huge Sagan fan myself, hope your take is not prophetic StupendousMan. That said, I think there's some truth to Sagan's diminished form as a sprinter, however, absent the ~40 point deduction at the end of Stage 11, he's clearly still right in the hunt for the Green. He may have to change his tactics a bit going forward, maybe go in a few more breaks to rack up end of stage points, but I still think he'll be competitive for a bit longer.
You must log in or register to reply here.
Share:
Twitter Reddit Pinterest Tumblr WhatsApp Email Link
Top Bottom