Oh, and John Sickels as discussed above.

If you're interested in sports media, Richard Deitsch has a great weekly column - he also puts links in there for interesting reads from other sites.

Does anyone know how to get to the deep archives of certain writers?

I know that last year Joe Posnanski did a write up of every player on the 2019 BBHoF ballot and I'd like to read them. It was one of my favorite series of his when he wrote them on his blog.

I can't seem to get too deep into the archives though.

This is basically just a press release, but interesting for both the valuation of The Athletic ($500m) as well as the fact that they will "likely" turn a profit this year. 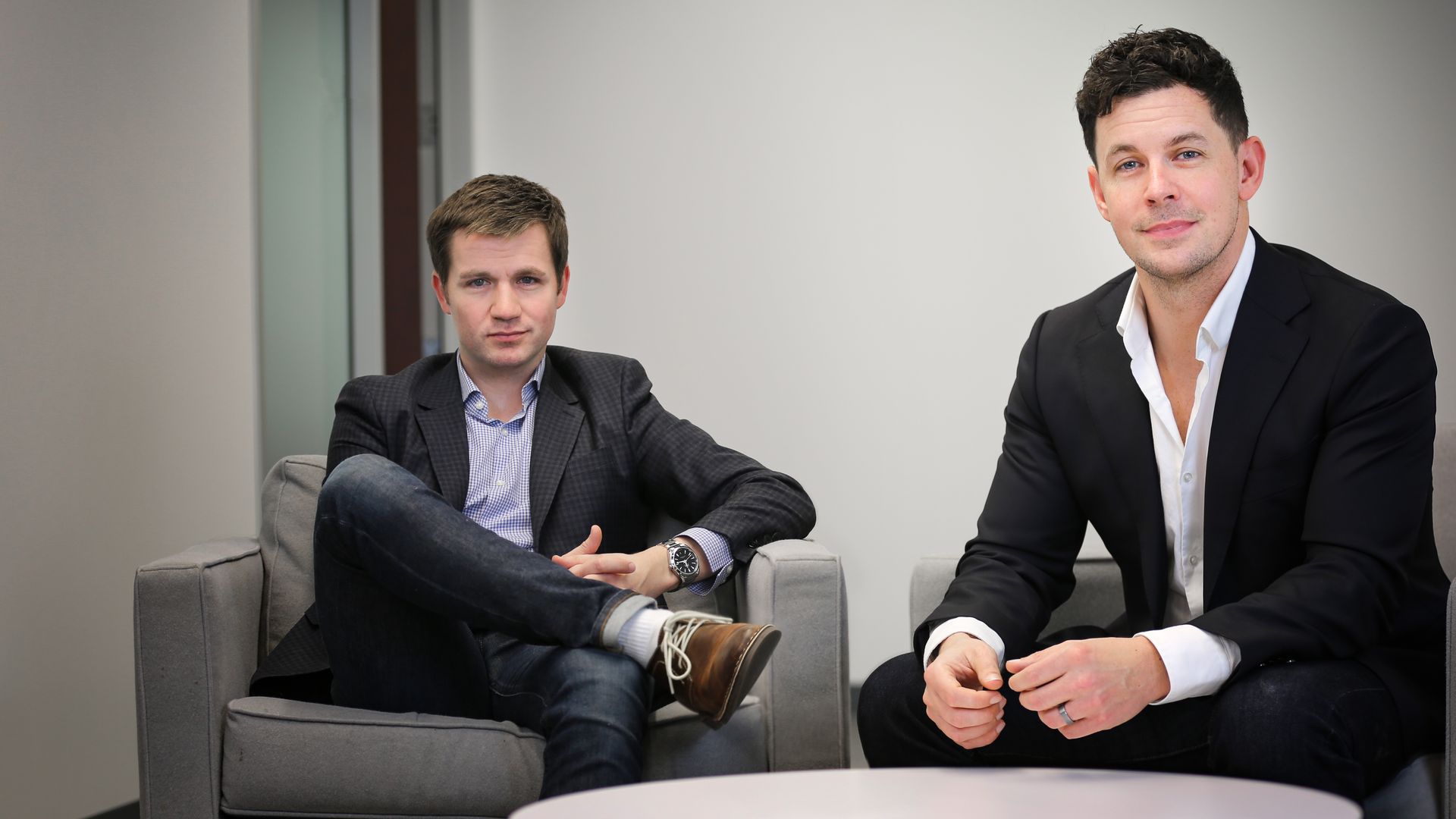 Next up: More overseas growth.
amp.axios.com

I don't think you'll regret it, there's a lot of great stuff on there. A few baseball things I've enjoyed recently:

Realignment, robots and the universal DH — how baseball will change during this decade (Jayson Stark)
‘So leave a like, subscribe, all that good stuff’: Phil Hughes on going from MLB pitcher to YouTube trading-card star (Andy McCullough)
Sign language: The week that shook baseball (Rustin Dodd and Andy McCullough)

Like CarolinaBeerGuy, I finally broke down and subbed last night. Anyone who is on the fence.... just do it if you can stomach the $36. The site is really, really good.

There is a stupendous article posted today in The Athletic about Ben Cherington and his semester teaching at Columbia in 2016. Makes me wonder if the Red Sox regret letting him leave. Probably not.

ColdSoxPack said:
There is a stupendous article posted today in The Athletic about Ben Cherington and his semester teaching at Columbia in 2016. Makes me wonder if the Red Sox regret letting him leave. Probably not.
Click to expand...

It's a great article and it made me like the guy a lot, but as a general manager, Ben was a better professor.

Fantastic read - it's hard not to admire Ben after reading this.

Cherington would have made a great GM if Red Sox ownership hadn't foolishly micromanaged Theo Epstein and drove him away - they should have created the President of Baseball Operations position for him and given him the same freedom that Dave Dombrowski would get four years later. If they didn't trust Theo, they certainly had the shackles on Ben during his time in the GM's chair.

So they finally got me to subscribe, with 50% off. The rate at which I was getting frustrated by people on SoSH posting snippets of articles that sounded really interesting - but which I couldn't read - had really accelerated.

Looking at their areas of coverage, it's a little strange to me how they have explicit coverage and ability to follow their content on the English Premier League, Champions League, EFL (tiers 2-4 of english footblal), German Bundesliga, Major League Soccer, UK Women's Football, the National Women's Soccer League, and even the Scottish Premiership... but there's no coverage of Liga MX, which is by far the most popular soccer league in this country (or Spain's La Liga, for that matter).

The easy inference to make is not particularly flattering to an otherwise forward-thinking media platform.

InstaFace said:
The easy inference to make is not particularly flattering to an otherwise forward-thinking media platform.
Click to expand...

Why is it not flattering? If there was demand for Liga MX content, they would probably provide it. I would guess there isn't demand. Do you think it's some nefarious plot to ignore Mexican or Spanish soccer?

I think it’s far more likely that racial prejudice within the Athletic is clouding their football coverage; over clear market demand for coverage for English lower division clubs with names like
King’s Lynn Club and Spennymoor Town FC.

It’s weird blind spot to have when Liga Mx is the most watched league in the United States - and it’s not close.

It’s weird blind spot to have when Liga Mx is the most watched league in the United States - and it’s not close.
Click to expand...

But are those viewers subscribing to the Atlantic? It being the most watched league in the United States is meaningless if those watchers are not reading The Atlantic. When you subscribe to The Atlantic, you can note what your favorite sports leagues and teams are. It's the first thing you do. The Atlantic has all that info, from 1000s of subscribers. It's fair to assume not many people put Liga as their favorite.

I don’t know who subs to the Athletic. I know that they are ignoring the most watched league in this country. I don’t think doing that, while covering leagues that people who live in the UK don’t care about, is what is going to keep the site alive. Frankly, it sounds like a company run by idiots who will eventually go away. 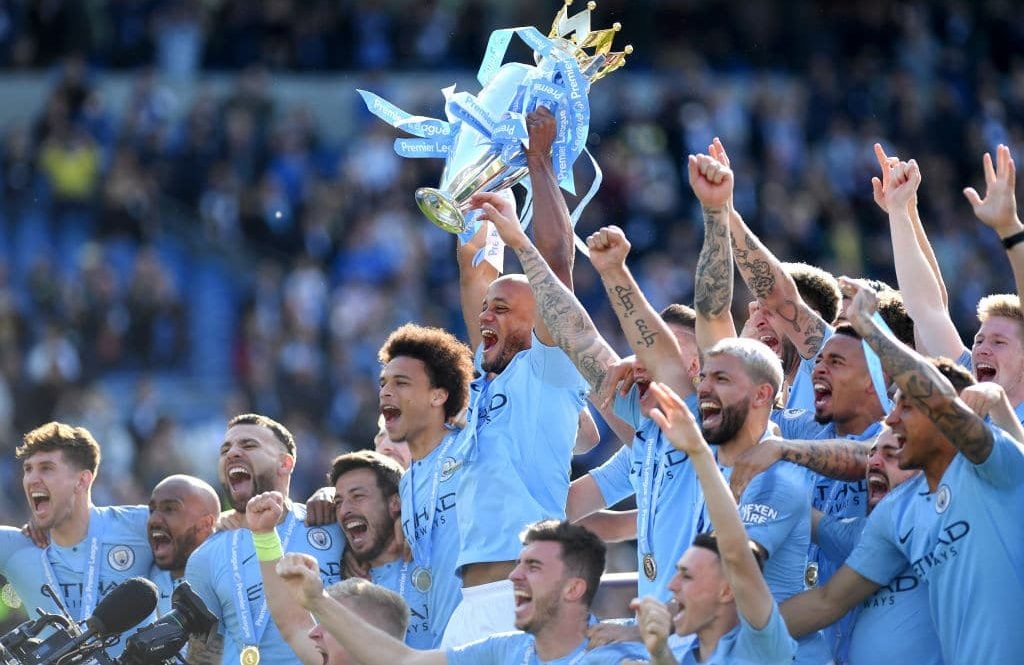 What to expect from The Athletic UK

Our editor-in-chief explains why our all-star team of writers can't wait to do their best work for you...

Here's the article about why the launched their UK stuff like they did.

I don’t pay any attention to the soccer coverage there but it’s worth keeping in mind that The Athletic is more individual writer driven than print publications have been, and I think they’d rather not cover something than cover it via writers they don’t think up to their standard.

So is it possible the best Liga Mx writers are all under more lucrative contracts elsewhere for now (The Athletic is still only a couple years old)? Just a thought...

thanks for sharing that article LvC, I kinda figured going in that it was all related to building subscriber base in the UK, and that confirms it. I have less question with their choice to cover leagues of local (but not much global) appeal in the UK, than I do about not covering Liga MX here in the US. Certainly explains the lack of La Liga coverage, since without a specific country launch into Spain it would just be a me-too move.

Poking around the site, it appears they don't have any sort of internationalization (translations, ways to view the site itself in another language, or even just articles originally written in another language). You can't really cover Liga MX without having a Spanish-language way to distribute your content. Maybe that's coming once their tech catches up.

Tennis is what I really want to see. I remember liking Brian Phillips' stuff on Grantland years back. One or two good tennis writers like that would be enough, wouldn't it?