Scoops Bolling said:
That is not in the rules for this draft, and has never been discussed in this draft. What we did last time is irrelevant.

In general, if you have a question about rules, PM me as I'll get an email notification about it. Don't wing it, and don't do what Makman says just because he's here all the time.

So 12 hours every time then?

I'm pretty sure last time was exactly the same as what Scoops is doing now (not that it matters): if you get skipped once, we still wait for the second skip.  If you're skipped twice, you get replaced.

I just PM'd KFP again. It's football off-season time so I think we need to bear with him.

SumnerH said:
I'm pretty sure last time was exactly the same as what Scoops is doing now (not that it matters): if you get skipped once, we still wait for the second skip.  If you're skipped twice, you get replaced.
Click to expand...

That's certainly what's in the rules, although I can't really remember if there were any late round changes. That said, we're far enough in now that I'm not going to replace KFP unless he asks to be replaced...the chances that being skipped by a few teams could cause some huge disadvantage is fairly negligible at this point.

Scoops Bolling said:
That's certainly what's in the rules, although I can't really remember if there were any late round changes. That said, we're far enough in now that I'm not going to replace KFP unless he asks to be replaced...the chances that being skipped by a few teams could cause some huge disadvantage is fairly negligible at this point.
Click to expand...

Yeah that makes sense.  Plus there really ought to be a rule about people who are near the turn and getting skipped twice.

Edit: and as long as the # of picks per day is divisible by 30 (e.g. 5 or 6) then your pick will always come up at the same time during the day.

Hey Sumner, Luke Gregerson is a RP, not a BP. Same with Alex Colome and Jason Hammel.

Scoops Bolling said:
don't do what Makman says just because he's here all the time.

See what happens when I go a couple of days without posting in here much?
This place just falls apart.  :colbert:

MakMan44 said:
Hey Sumner, Luke Gregerson is a RP, not a BP. Same with Alex Colome and Jason Hammel.
Click to expand...

PrometheusWakefield said:
You know what might be good for next year's draft? Schedule the draft in like 3 hour blocks. So 6-9 is Team A, 9-12 is Team B, 12-3 is Team C, 3-6 is Team D, 6-9 is Team E, 9-12 is Team F. That way everyone knows exactly when their pick will come up and can plan their pick (or proxy) accordingly. And while we wouldn't be able to get lucky with lots of people on at the same time, you'd be guaranteed to get in 6 picks a day.

Timezones, have you heard of them?

And thus, I steal a pick away from Eck.

Seriously though, Hoover's been a pretty solid reliever the last couple seasons. Last year he was actually tougher on LHP (in 20 IP) than against righties. He probably walks too many guys and he's a FB pitcher so I wouldn't be shocked if he gave up more HRs in the next few seasons but he's a solid piece to add to the back end of my BP.

LV changed his mind like a hundred times but I'm pretty sure he's going with: 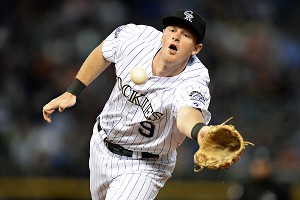 The Tax Man is up.

And thus, I steal a pick away from Eck.
Click to expand...

EDIT: What specifically about him sucks? He wasn't dominate against righties nor did he do amazing in hi lev situations but I don't think he sucks. I'm picking the back end of my bull pen in the 20th round dude, it's not going to be all roses and dominate RP here. Out of what's left, I think Hoover a really solid arm. Check out his FIP/xFIP after May, that's pretty good.

I keep missing these fucking puns.

At only 30 years old and a long time closer I'm a little surprised that RP4 Huston Street hasn't been selected yet.  At least I don't think he has, I checked like 4 times.  He seems to get injured a fair amount and has a reputation of blowing saves, but his peripherals are always solid.  Even with a higher than normal HR rate and a lower than normal K rate, his ERA was a solid 2.70 last year.  I think I'll appoint him my closer and move my best reliever - Addison Reed to primary set-up man.

A) I love that there's a website called Drunk Athlete. B) If you're not going to give Reed the closing job, I'll flipping take him to close for me

well when we finally complete this draft, we should open up trading for a 1-week period for GM's to tweak rosters if they want 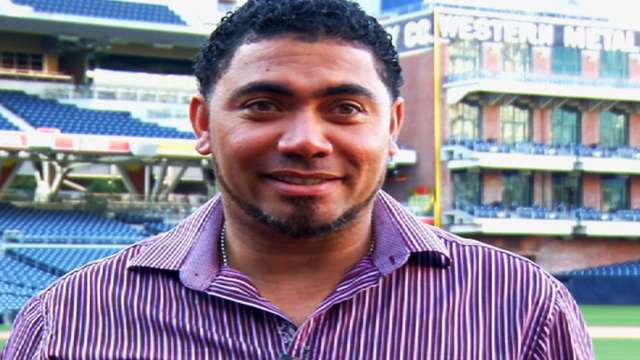 Dealing with a bit of an injury bug in the pen.  This guy should do a decent job filling in.

I keep missing these fucking puns.
Click to expand...

I would have taken Benoit if I hadn't lost yet another SP to injury. He's old, sure, but he's by far the best reliever left and should be be good for the next few seasons.

Why Not Grebeck? said:
I would have taken Benoit if I hadn't lost yet another SP to injury. He's old, sure, but he's by far the best reliever left and should be be good for the next few seasons.
Click to expand...

There's a couple relievers still out there I think are more talented. I'll put them out when they're taken; I almost took one over Matsuz, but decided the fit wasn't as good given the guys already present in my pen.

Sorry have no idea to  spend on this today, but I had been thinking about this guy as a longman swing starter for a while, and as far as I can tell he is available.  If he isn't then skip me and I will catch up,  but I am trying to not be the guy blocking progress in the draft 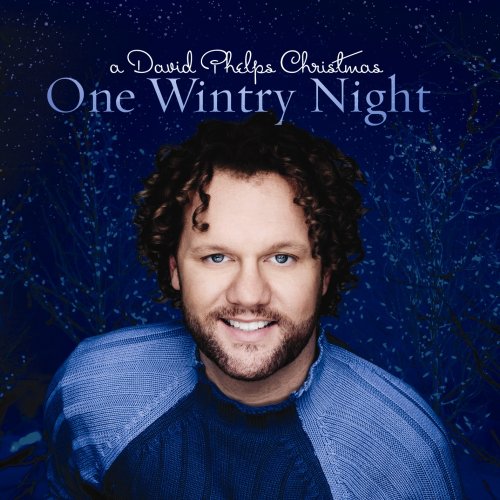 EDIT: Well, darn. SMA's on the clock, but I'll get something up soon.

And you say I'm slipping.

SMA is free to pick

Oops, in chart with different spelling. Back to the drawing board

Nah, he wasn't - Zach Cozart was SMA PMed (was PMed after my original post, but noting here that I had PMed him since I had edited that post)

Yeah, where's your witty response now, MakMan?
I guess I showed you!  :bahgawd:

Seattle, far from the forests of New England

Eck'sSneakyCheese said:
LV changed his mind like a hundred times but I'm pretty sure he's going with:

Haha, sorry for making you privy to my wracking internal conflicts about 1-WAR players.

I realized that my team really needs a good utility infielder.  My third baseman is old, my shortstop needs a platoon partner, and my second baseman shows early warning signs of Jed Lowrie syndrome, where your bones spontaneously fall out and turn into powder.  So I needed someone who:

1)  Is good enough to fill in for the whole season at second base and not be terrible at offense or defense.
2)  Can play some passable SS in addition to 2B and 3B.
3)  Is right-handed to platoon with Drew (and doesn't have a weird reverse split).
4)  Has a chance to be a long-term answer at 2B (once Ortiz retires, Ramirez shifts to DH, and Rendon moves to 3B).

The extant options are... bad to nonexistent, depending on your definition of "terrible."  I had been hoping one of Walters or Tejada would slip.  I straight forgot about Espinosa, who I would have taken.  I was looking at the possibility of a Tigers-esque black hole in middle infield.

So I'm psyched to grab DJ LeMahieu here.  He's a real starting major league player.  He's best known for his exceptional defense (being the "defense guy" to Rutledge's "offense guy"), and he's a solid slap hitter who makes good contact and hits lots of line drives.  Sure, he's not on board with things like "power" or "plate discipline," but he's a good bet to put up a higher batting average than the OBP of most available backup infielders.

There's probably some question about counting on LeMahieu to start 40 games or so at SS, given that he's tall and has only played a couple of games there in the majors.  In fact, I had originally not been considering him for that reason.  But Baseball Prospectus is projecting him get some at bats at shortstop with league-average defense, and scouting backs that he's got the combination of range and arm to pull it off.

I feel a lot better about this team having a solid-to-luxury utility infielder!  Now I've got a good bench and some versatility, so I can concentrate on finding which interchangeable relief pitchers will give this team an extra half-win.

I need some righties in the pen and I'm going with upside here. Betances has been terribly inconsistent in his career so far but he's showing signs of putting it together in the pen and I'm hoping he builds off this success and becomes a good set-up guy with bullpen ace potential. He had a 11.57 k/9 in AAA last year and has been impressive this spring posting a 0.93 ERA and .188 AVG against. 6'8 260 lbs pitchers who throw in the mid to high 90s don't grow on trees and as evidenced by my .gif he's developing what could potentially be a pretty nice breaking ball to pair with the heater. I'm looking forward to seeing what he could do over a full season in an MLB bullpen.

Is playing some 3rd now along with 1st and OF.

Building up the bullpen

Frank said:
Building up the bullpen

Considered him with my 3rd attempt at my pick as well.

Fuck. Rondon is done for the year...
S

Skip will jump in at the right time

SoxFan58 said:
Skip will jump in at the right time
Click to expand...

SoxFan58 said:
Skip will jump in at the right time
Click to expand...

Eric Sogard, BP. Possibly the only remaining utility infielder type I'd be comfortable with if he had to start at 2B or SS for more than a couple of weeks. He can probably handle third defensively as well. 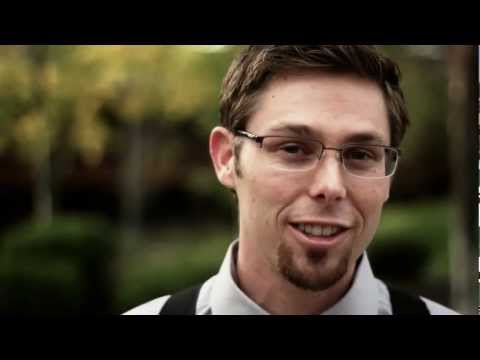 I'll PM RGB in a minute.

In a hurry sorry, I will take Ryan Vogelsong RP, Giants.  He was bad last year and is awful this spring, but he gives me a 7th starter who can pitch some innings for me when needed.

I sent PM to Jaylach

Jaylach said to skip him and he will jump back on when he can to make his pick, I will PM the next person

Well withe recent news of Rondon getting TJ I need another guy who can close games. Luckily there's one available. I had to check the chart 4 times to make sure he was still available, and it looks like he is. He had a down 2013 but still racked up 24 saves. I think he can bounce back to what he was in 2012. 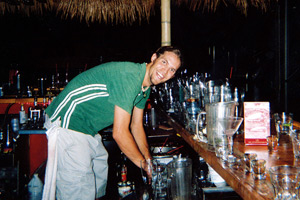 The guy doesn't have a lot of miles on his arm and averages around 96 on his fastball. He's looked good this spring and could take the closer role back if he's as effective as he was in '12. To be honest I didn't even research this guy until this morning and I feel like I'm getting great value here. I'm hoping the other guy I wanted to take here makes it back to me.