Curious what the thoughts are here as to which current or recent Bruins will have their number in the rafters. Bergeron is a shoo in and likely Chara as well imo. Marchand has a chance as well if he can keep his current scoring pace up for a couple more years. Pasta/McAvoy obviously have a lot of work to do but it's not outside the realm of possibility. Rask? Krejci?

There has been talk of retiring or honoring numbers but still letting players wear the number. They are running out of numbers. If they let retired numbers be worn, it could open up the floodgates for more numbers to be retired, such as Bergy and Chara. Why is Cheevers number not retired?

33 and 37 are the locks. I believe 46 should be retired as well; Krejci has had some great playoff stretches here in Boston. If they don't retire the number due to the risk of running out, then they should at least put their names up on the rafters.

Regarding Gerry Cheevers: goalies used to be restricted in the numbers they wear (1, 30-33 were most common). I believe those rules have been relaxed over the years.
T

There's no risk of running out of numbers. You need what, 30 numbers available for a season? They're not retiring 70 numbers here, and the idea that they wouldn't retire 33 or 37 for fear of running out is laughable.

As good as some of Krejci's playoff runs have been I have a hard time putting him in the conversation with the all time greats that have played for the franchise. He's never been a PPG guy or scored more than 23 goals in a season. I think he'll be remembered as a very good player for the Bruins but not an all time great. I'd probably lean Rask over Krejci if I had to choose but I don't think either ends up in the rafters if I had to guess.

As stated, Chara and Bergeron are locks in my book. Marchand might need a couple of more seasons, but he is on the trajectory for the HoF right now and I am betting he makes it. If so, number in the rafters. Who would have thought that a decade ago? Not me.

Not sure how you retire Terry O'Reilly but not David Krejci. But then again, I would not have retired 24. I get that it's partly because of Taz's personality, but that doesn't mean you retire his number. Bruins HoF? Sure. Retire number? No even close.

I love Tuukka, but it would be a much easier case to make if they had beat the Blues. Cheevers should be retired first. But then again, Frankie Brimsek and Tiny Thompson are not up there and should be before Cheevers.

A long way to go for Chuckie and Pasta. Not even worth talking about. They could leave the Bruins.

ColdSoxPack said:
There has been talk of retiring or honoring numbers but still letting players wear the number. They are running out of numbers. If they let retired numbers be worn, it could open up the floodgates for more numbers to be retired, such as Bergy and Chara. Why is Cheevers number not retired?
Click to expand...

I am assuming the NHL will survive me and my children and and their children and eventually there will be no more "good numbers". It was the Bruins who suggested "honoring" numbers instead.

Obviously the stats are fluid in hockey, but this makes sense...Hall of very good type. Not a retired number for me, but I can see the argument.

I worry that my great-great-great-great grandchildren will be forced to watch Bs players with ampersands, pound signs, asterisks, and exclamation points on the backs of their jerseys in lieu of numbers.

Ferm Sheller said:
I worry that my great-great-great-great grandchildren will be forced to watch Bs players with ampersands, pound signs, asterisks, and exclamation points on the backs of their jerseys in lieu of numbers.
Click to expand...

Everything you see on TV will be a virtual ad by then.

There's no risk of running out of numbers. You need what, 30 numbers available for a season? They're not retiring 70 numbers here, and the idea that they wouldn't retire 33 or 37 for fear of running out is laughable.
Click to expand...

I agree with this except I think 63 is an dead solid lock. Maybe not day 1 after retirement, but worst case is it takes a while like Nifty. Very outside chance Bergy and Marchand retire in close proximity and they are honored together. If they can get another Cup, Krejci and Tuukka can count on going up in the rafters.

Get back to me in about 5-6 years before talking about Pasta and 8 or 9 years for McAvoy. If this was HFBoards, I'm sure Swayman name would be thrown out there.

ColdSoxPack said:
I am assuming the NHL will survive me and my children and and their children and eventually there will be no more "good numbers". It was the Bruins who suggested "honoring" numbers instead.
Click to expand...

It'd be one thing if the NHL was using only numbers from 1-31 (goalies were 1, 30 or 31 and the other guys wore the numbers in between) or thereabouts like the old days, but in terms of guys adapting numbers previously only used by football offensive linemen and wideouts; the "good number" argument is out the window.

Lose Remerswaal said:
Running out of numbers? Have you looked at the Green and White numbers up there? Sure, NBA only needs 17 active numbers, but the Bs can retire a dozen more shirts without worrying about running out of numbers
Click to expand...

Gary Washburn tried to make the argument 2-3 years ago that the Celtics' lack of "Good Numbers" would hurt them when recruiting free agents. I think for the most part that's ludicrous; however, given that they could hang up something much more suitable to honor Walter Brown and Red Auerbach; have no idea at this point why they insist on 1 and 2 being up there (and the current crop of players having their eyes on single digits before anything else it seems). That would leave only 3 and 6 not available; and only 5 waiting in the wings perhaps to be retired.

Then I restate my case for Gerry Cheevers. Retire number 30 before anyone else. Cashman deserves consideration too. 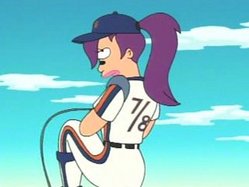 Krejci is 7th among Bruins players in games played with 960, ahead of both Terry O'Reilly and Rick Middleton, and trailing Chara's 1023 and Cashman's 1027. Of course, games played is not everything; Don Sweeney is 4th. Krejci is also 8th in points (726), but could slip to 9th as Marchand trails by only 15 points. Cashman is 7th with 793, so Krejci would likely need a productive season or two in order to move up, which is an uncertainty at this stage.

I agree he ranks behind 33, 37, and 63. The closest comp to Krejci is Wayne Cashman, whose number is not retired, and Cash was, shall I say, a bit more noticeable. But if anything that's an argument for retiring #12 than anything else. And I agree with adding #30 as well.

They are retiring Willie O'Ree's number 22 next year. Everyone has retired number 99.

To me, a player needs to be either a Hall of Fame candidate, or a really uniquely special player to the franchise. Like a long-time captain who wasn't necessarily a great player. As much as I love Krejci, that's not him.

33 and 37 are locks for the HoF and retiring their numbers. I think Tuukka has a much better HoF case than most Boston fans assume. And Marchand is still TBD.

Serious question, if Sweeney wins a cup as a GM and/or has a long, successful tenure, should they retire 32? I'd argue yes.

Rask has more 50 more wins than any other goalie in the franchise history. He's a lock.

FWIW, Krejci is 7th among Czech hockey players in points (726), and would probably move into 4th with one more reasonably productive season (Vaclav Prospal has 765). Also FWIW, among active Czech players, Krejci slots in between Jakub Voracek (738) and David Pastrnak (27th overall w/ 425 points). Not worthy of a plaque in Toronto, and definitely on the outside looking in for being in the rafters. However, there is definitely a slot for him in the Czech version of the Hall of Fame, and should at least be noted somewhere in the Legends Club or similar for his accomplishments. I personally would place him in the uppermost tier of the Boston Bruins Hall of Very Good, along w/ Cashman (whom I would elevate), Hodge, McNab, and maybe Marcotte.

As for Rask, with one more season he would be 2nd in wins all time among Finnish goalies, behind Pekka Rinne. And overall his numbers are quite comparable to if not slightly better than Rinne's (2.26 GAA vs. 2.44; 0.922 save percentage vs 0.917).

I don’t consider Rinne close a HoFer on the non stats “eye” test. He was good but never won anything or did anything memorable. Basically like Rask (yea I know he was on the 2011 team). And I’m a Tuukka fanboy.
You must log in or register to reply here.
Share:
Twitter Link
Top Bottom