This maybe isn't quite worth its own thread, but there's not really one to put it in and I do think it is worth noting...

We all know about Adam Ottavino remaking himself as a pitcher by setting up an analytical space to train in in Harlem going into the 2018 season. Well, he did that after spending a week at Driveline Baseball outside Seattle (also the company Trevor Bauer worked with), Ottavino had this to say in a December article:

I've always been somebody who scours the internet or books or anything for any pitching knowledge at all. So obviously that's become much more available since the internet really took off, and especially over the last, I'd say four or five years, a lot more. People have gotten out there with different schools of thought and I'm open-minded to listen to all of it.
When I started, when the Trackman data started becoming available, the PITCHf/x, I started wanting to know what those numbers meant. So I tried to dig into that. Once I had a concept of that, I wanted to know the "how" and the "why" questions. So then I started to try to seek out people who had a little more knowledge than me. Driveline was one of those. That was a key part of last offseason, was going in there and talking to Kyle Boddy and talking to Matt Daniels and talking to Sam Briend and finding out a little bit about how they use the technology.
I already knew what I wanted to buy and what I wanted to accomplish, but I needed to maybe get on board with some people who had a little bit more experience with that stuff when we're using it day in and day out. Once I did that, it was kind of easy. And then I was able to go home and kind of go from there. But you know, just the hunger and the hunt for the knowledge was kind of the key from the beginning.

On whether more pitchers will follow the lead of pitchers like Ottavino, Bauer and Rich Hill to incorporate data and technology into training regimens …

I think more. Well … I don't think it'll be like a tidal wave, like of people doing it on their own. I think eventually the organizations will basically employ people to do this for everyone and be able to look at the data and look at the cameras and say, "Hey, why don't you try this?" ... to guys as a way of coaching them a little bit better. But I think some people will definitely attempt to use the data for their own benefit.
But I think it won't be a ton, because it seems like it's hard, and a lot of people don't want to do something that seems like it's tough or reminds them of school, and it's not really that, but it has a perception of being that way. So some people will probably be scared off, from that standpoint.

We're always talking baseball. I'm on a team with other pitchers, we're always talking pitching. Obviously, they found out, you know, through being my friend and from reading things about me and what I did, and they wanted to know a little bit more about it and how it can be implemented for their games.
You know, one misconception that happens, a lot of people thought that I went to Driveline like for the whole offseason, and I really didn't. So a lot of people thought like, "Hey, I got a lot of contact this year, I'm going to go to Driveline. I hope to be as good as you were this past year," and it's like, "Well, I hope you are too," but that's not a Band-Aid, you know?
They're an unbelievable place, but it's up to the player to implement changes to get better. There's no quick fix, and I just think that that was kind of a funny narrative that came out of it." 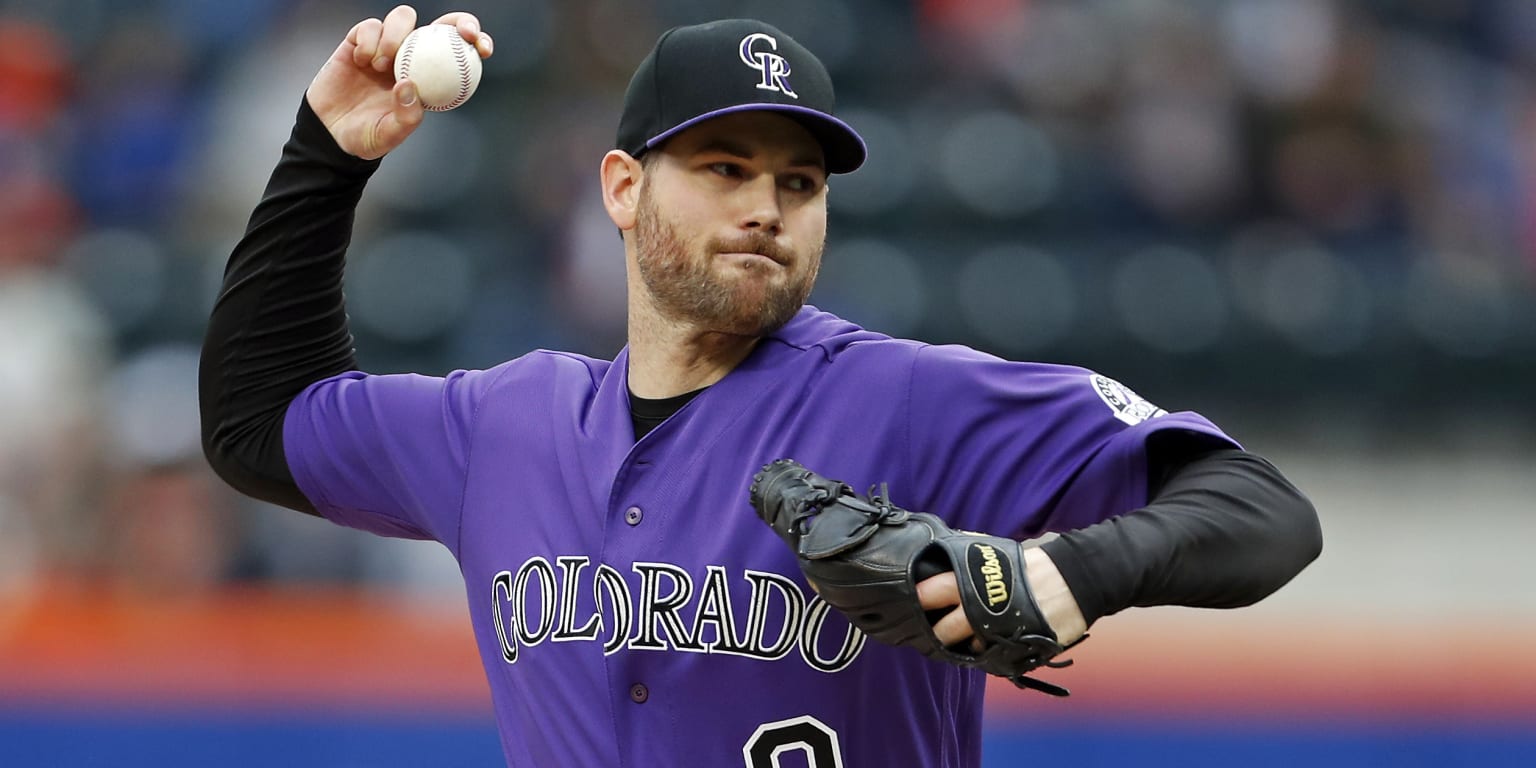 Adam Ottavino's outstanding 2018 season wasn't just the story of a solid pitcher putting it all together at the right time, making him one of the most valuable relievers available on the free-agent market. It was the result of a very modern work process, because Ottavino spent last winter holed

Boddy is the founder, Sam Briend is a 31 year old former pitcher who works there, and Briend is who NY just hired as 'director of pitching'. Someone should ask Cashman about it in detail, but my impression is that he will work with pitchers on the minor league teams for now to try to maximize their potential. It's a very impressive sounding job title, hopefully we get more specifics soon. Views from 314 (the new blog from the non-Mike Axisa RAB people) took a stab at it:

The Yankees Hired a New Director of Pitching. What Does it Mean? - Views from 314 Ft.

Interesting news out of Yankeeland yesterday. Sam Briend of Driveline Baseball announced on Twitter that he’s been hired as the new Director of Pitching for the Yanks: As for what this means, I’m not entirely sure–the title sure seems significant, but who knows what Sam’s day-to-day duties will...

Very cool. I'm guessing Boddy is very happy with the exposure, but maybe a little concerned about more of his guys (and ideas) getting poached by MLB teams.

People interested in this developing area of baseball should check out the book 'The MVP Machine' by Ben Lindbergh and Travis Sawcjik that came out a few weeks ago, I am about 2/3 through. It is not nearly as fun a read as the recent Bob Klapisch Yankees book but informative and well-researched, they have a bunch of Driveline stuff in there.

The Reds just hired Boddy, evidently the Mets were talking to him this summer but of course they didn't close the deal, because they're the Mets:

So the next shoe has dropped here four months later, NY just hired 33 year old Matt Blake away from CLE as their new pitching coach, so it appears that the two main guys in charge of NY's pitching up and down the system currently are 33 and 31 (Briend), amusingly younger combined that the guy Blake is replacing in Rothschild (65).

So these are the two that Cashman has chosen to try best to develop the waves of SPs NY has en route, like Blake helped do so well in CLE (3 2016 draft picks were already effective in the rotation for them last season, Bieber/Civale/Plesac, none huge prospects). Deivi, Clarke, Michael King and Jordan Montgomery, meet Matt and Sam.

Biggest loss the Indians are likely to have this off season

Honestly would have rather made Matt Blake the pitching coach in Cleveland. But there is no way Tito would push out Willis. Blake was likely too new school for him, but this is about as big a loss as anything short of trading Lindor

Last point on the loss of Blake. The Indian's last two drafts have been all about highest possible ceiling pitching early, trusting in their ability to develop pitchers. Blake was a central part of that belief.

All this love for Matt Blake had zero to do with him following me either. Never have talked with him to be honest. But you could not spend time in the Indians minors without hearing his name

Looks like King and Blake have already worked together, LOVE THIS.

“ One player that new #Yankees pitching coach Matt Blake is already familiar with: RHP Mike King, who had previously worked out with Blake at Cressey Sports Performance in Massachusetts.”

This is fantastic also, Shackil has a lot of great Blake stuff there, check out his whole timeline.

"Another connection that should not go unnoticed: Matt Blake and new catching coordinator Tanner Swanson have known one another for several years. #Yankees"


I need to start a new thread about Cashman seemingly handing over the keys to the next generation of coaches and what we know so far, will do that soon.

Shane Bieber’s breakout 2019 season was due in part to him using his curveball more — a pitch that he improved throughout the year. The Indians right-hander credited the Yankees’ new pitching coach…