Nick Punto is now an Oakland A. He signed for one year with an option for 2015 based on the number of head first slides into first base.
The sources are numerous.

I think we can say that making him a starter was not the cause of this….. (wasn't he trending down towards the end of the previous season?

He shouldn't take his ring out of the box and try it on when he gets it, he'll never get it back in there.

soxhop411 said:
I think we can say that making him a starter was not the cause of this….. (wasn't he trending down towards the end of the previous season?
Click to expand...

Yes, he had a terrible September 2011 (along with the rest of the team).

soxhop411 said:
I think we can say that making him a starter was not the cause of this….. (wasn't he trending down towards the end of the previous season?
Click to expand...

He walked 9 batters in September 2011 after walking 15 all season.  But getting to the point he's at now I'd expect has 1000 causes, and moving him to starter may or may not have been one of the things that pushed him in this direction.

At this point, I'm not sure what he can do.  How do you fix full-onset Blass disease?  Dontrelle Willis is the only guy who comes to mind who seemed to recover from it.

The Tigers added Omar Vizquel to their coaching staff. That seems like a perfect fit as a mentor for Jose Iglesias

I didn't think Kazmir suffered from the same sort of catastrophic loss of control that Bard and Willis did.
M

Bard has overcome it before. I wouldn't bet he does again, but he's certainly a living example of someone who did.

Bard has overcome it before. I wouldn't bet he does again, but he's certainly a living example of someone who did.


He wasn't this screwed up before.

He also still had his velocity then.

Plobbably the greatest videographer ever

Zaftig's Deli loving Javier Lopez (as opposed to over the hill catcher Javier Lopez) resigns with SF for 3 years, $13 million

Bob McClure has been hired as the new Phillies pitching coach.

The Phillies had been looking for Rich Dubee's replacement since deciding not to renew his contract at season's end. Other candidates for the job included Randy St. Claire, Rafael Chaves, Bryan Price, Roger McDowell, Jeff Pico, Neil Allen, Reid Cornelius, Pete Vuckovich, and Carl Willis, according to sources.

Other than Bryan Price (and maybe not even him), did they interview anyone good?

Neil Allen has has some success as a coach, not sure if as pitching coach or as bullpen coach.

Manny Delcarmen signs minor league deal with Washington.  He's still only 31, so I guess there's a chance he could still amount to something despite not having pitched in majors since 2010.

Bard non-tendered by the Cubs.  I can't imagine they'll re-sign him, but we shall see.

Darnell McDonald signed to a minor-league deal by the Cubs.
S

Michael Bowden has signed a contract with the Seibu Lions of Japan's Pacific League.

Eric Hinske to the Cubs as first base coach


The executive board of the Major League Baseball Players Association voted unanimously to appoint former player Tony Clark as the union's next executive director on Tuesday during its annual meeting in La Jolla, Calif. The final step in completing an orderly transition from the late Michael Weiner will be a vote by the general membership, which is expected to occur shortly.

During a conference call with reporters, Clark indicated that he expected to largely follow the direction charted by Weiner.

Do his bits at your peril.

I was a huge Kalish homer after the Reddick trade. Really hope he lives up to his potential.

Who knew Theo would turn out to be a one-hit wonder, spending the rest of his career trying to re-assure himself that past decisions were the right ones. Kalish, Kottaras, Hinske, Mueller, Darnell McDonald, Bard, Sweeney, Bowden... it's like a regular who's-that of Red Sox teams gone by. 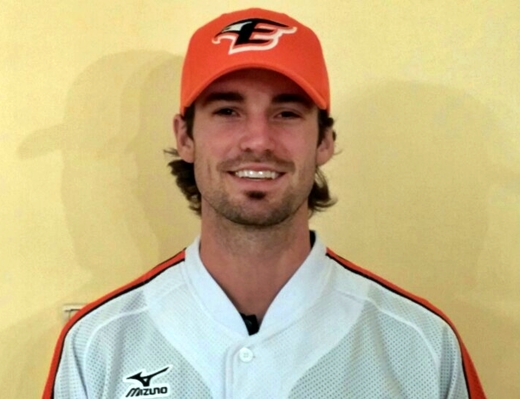 It's a 1-year 300k (USD) deal. Hanwha had also signed the former Oriole Felix Pie as well. Just to note, each KBL team allows up to 3 foreign player signings each year.

Matt Albers signs with the 'Stros

Youk to Japan to play with Tanaka.

the 20th, it was found that to obtain (34) Kevin Youkilis infielder that optimism has become FA from the Yankees.
Click to expand...

According to Rotoworld old friend Chris McGuiness was DFA'ed today by Texas. Given the lack of in house 1B options I think he'd be worth a look.

Theos moves are interesting to say the least.

RHRP Ramon S. Ramirez, Boston's end of the deal that sent Coco Crisp to the Royals 5 years ago, signs on in San Francisco for his 4th stint with the Giants. They've previously traded him once and released him twice. Both of the dumpings happened last season, which led to signing with the Rays.


Tyrone Biggums said:
According to Rotoworld old friend Chris McGuiness was DFA'ed today by Texas. Given the lack of in house 1B options I think he'd be worth a look.
Click to expand...

The Rangers ended up trading him to the Pirates.