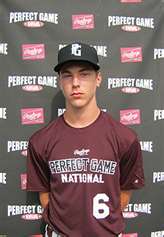 After going undrafted as a 6-foot-1, 145-pound outfielder out of Texas, Cosart attended Duke, where he redshirted and then did not throw a pitch in game action before transferring to Seminole State. Jake’s older brother Jarred was a teammate of Astros lefthander Brett Oberholtzer, who attended Seminole and helped the younger Cosart reach campus. Cosart, a plus athlete who has gained strength to be 6-foot-2, 175 pounds, has elite arm speed and touched 98 mph in the fall, though his fastball has played at 92-95 with life this spring. His curveball shows above-average potential at its best, but has not been consistent and offers a large velocity separation. Given Cosart’s hand speed, some evaluators believe his newly added slider could become his best breaking ball. Both pitches have a ways to come. He offers a changeup that gives him enough of a secondary mix to be sent out in the minors as a starter, though some believe his best long-term role will be in the bullpen. Improved strike-throwing ability will also be a key for the 20-year-old, but he is an athlete with bloodlines and has some of the best arm strength in the class.
Click to expand...

Was looking for scouting reports on Cosart and wound up back here on page 2. 52K in 36 innings is quite a spike in K rate from last year at Lowell. Found a write up from last year saying he still had no feel for 2ndary pitches, which explains the atrocious walk rate (everyone in the system seems afflicted by this). But the K rate and this write up saying he can touch 98 make for some brightness in an otherwise miserable week of Red Sox baseball.

One thing to note about Cosart is that he was a two-way player until his sophomore year in college so he has a lot to learn. His rates are also trending in the right direction year-to-year while advancing levels. Pitchers with ridiculous K rates can also survive walking guys more often than those who rely on contact to get their outs. AJ Ramos of the Marlins comes to mind. If Cosart could come close to that, I think we would be happy. Still a ways off to be worrying about him though.
P

Cosart with 3 perfect innings and 6 strikeouts on June 30.

seems like he is getting ready for the step up to Salem, I hope

Cosart is absolutely someone to follow, but a recent tweet from one of the guys at soxprospects (forget who) stated that his mechanics are still super violent (all arm) and that his secondary offerings are essentially nonexistent.

You gotta love the fastball, and as alluded to a few posts up, he's relatively new to pitching but there's a ton of risk and rough edges on the profile. Fun guy to follow, though.
P

Stan Papi Was Framed said:
seems like he is getting ready for the step up to Salem, I hope
Click to expand...

Cosart is a big time relief prospect. We could see him in the majors as early as next season if he does well in AA at the beginning of 2017 (though, 2018 is a safer bet). According to Mayo:

He sits at 94-97 mph and can reach 99 with some cutting action. His hard curveball also has improved in shorter stints, and he has scrapped a changeup he never had much feel for in favor of a developing splitter.

Cosart's delivery is better suited for relief work because it features a lot of effort, which also hampers his ability to throw strikes. It does provide some deception, however, and he's finding the zone more now that he's coming out of the bullpen. Now that he no longer has to worry about pacing himself, he's doing a much better job of attacking hitters with his best stuff.
http://m.mlb.com/prospects/2016?list=bos
Click to expand...

His delivery is violent but he can get away with that as a relief pitcher. He is working on two secondary pitches, the hard curveball and splitter to complement his fastball.

Through 31 IP over 25 games in AA so far: 4.06 ERA, 7.84 K/9, 9.87 BB/9. He's given up 34 walks which is almost twice as many as the 18 hits he's allowed, so hitters still can't touch him but he's walking more than a guy per inning.
You must log in or register to reply here.
Share:
Twitter Reddit Pinterest Tumblr WhatsApp Email Link
Top Bottom