dirtynine's Digest - The Thread for Kits

Leaked pic of possible 2018 World Cup jersey? Hope it's legit because this is a real stunner.

Interesting concept, but agree that it's too clever by half. A lot of those elements are really cool, but there's just too many of them.

If I didn't know better, I would guess that this is @dirtynine's project: 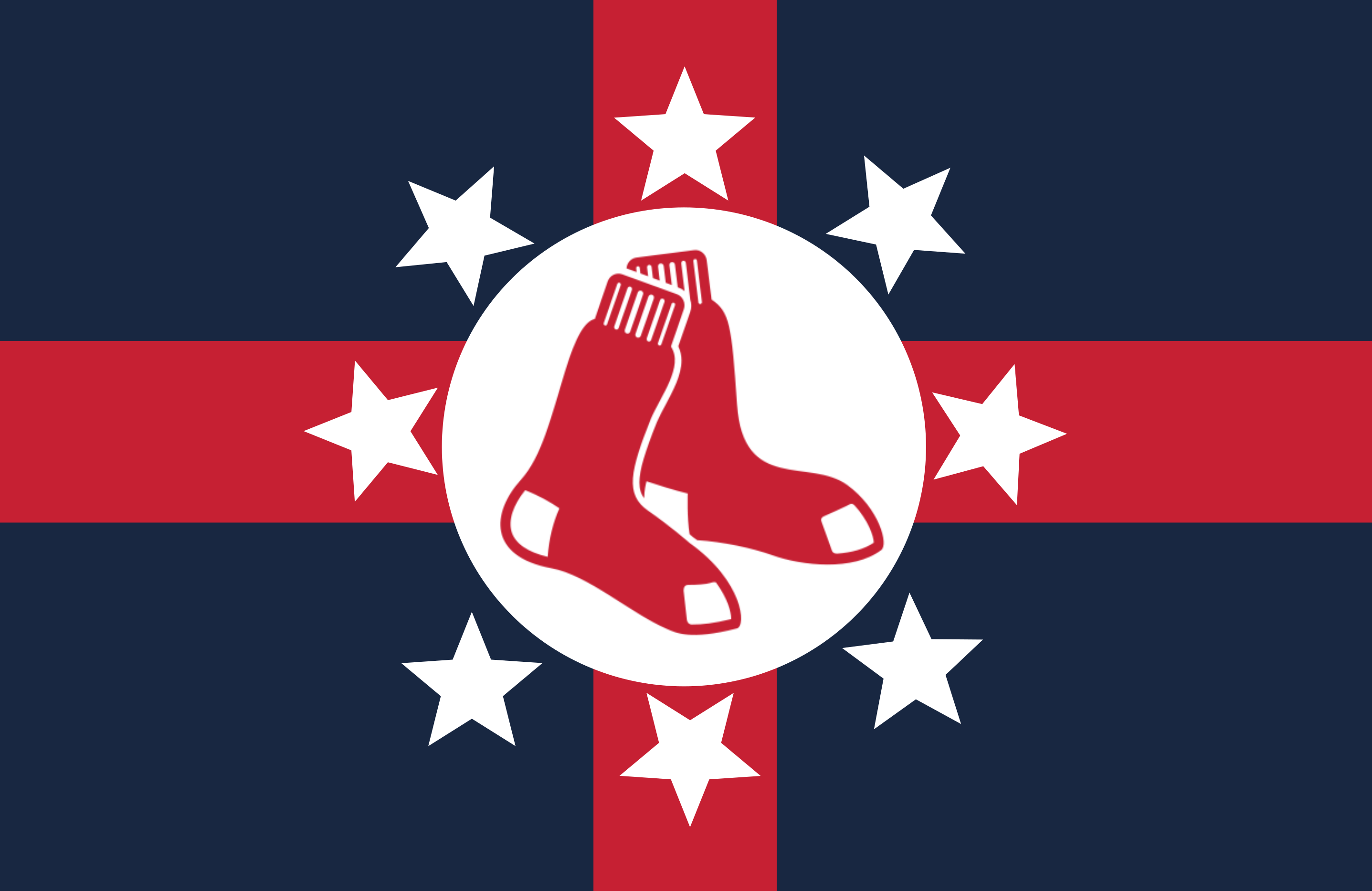 The colors have a twofold meaning: One, they are the colors of the team (duh). Two, they are the color of the US flag, Boston having been one of the most important locations in the American Revolutionary War. The eight stars represent the Sox eight World Series wins. The circle containing the logo represents a baseball, and the sport in general, and the cross on the background represents the Catholic roots of the city. 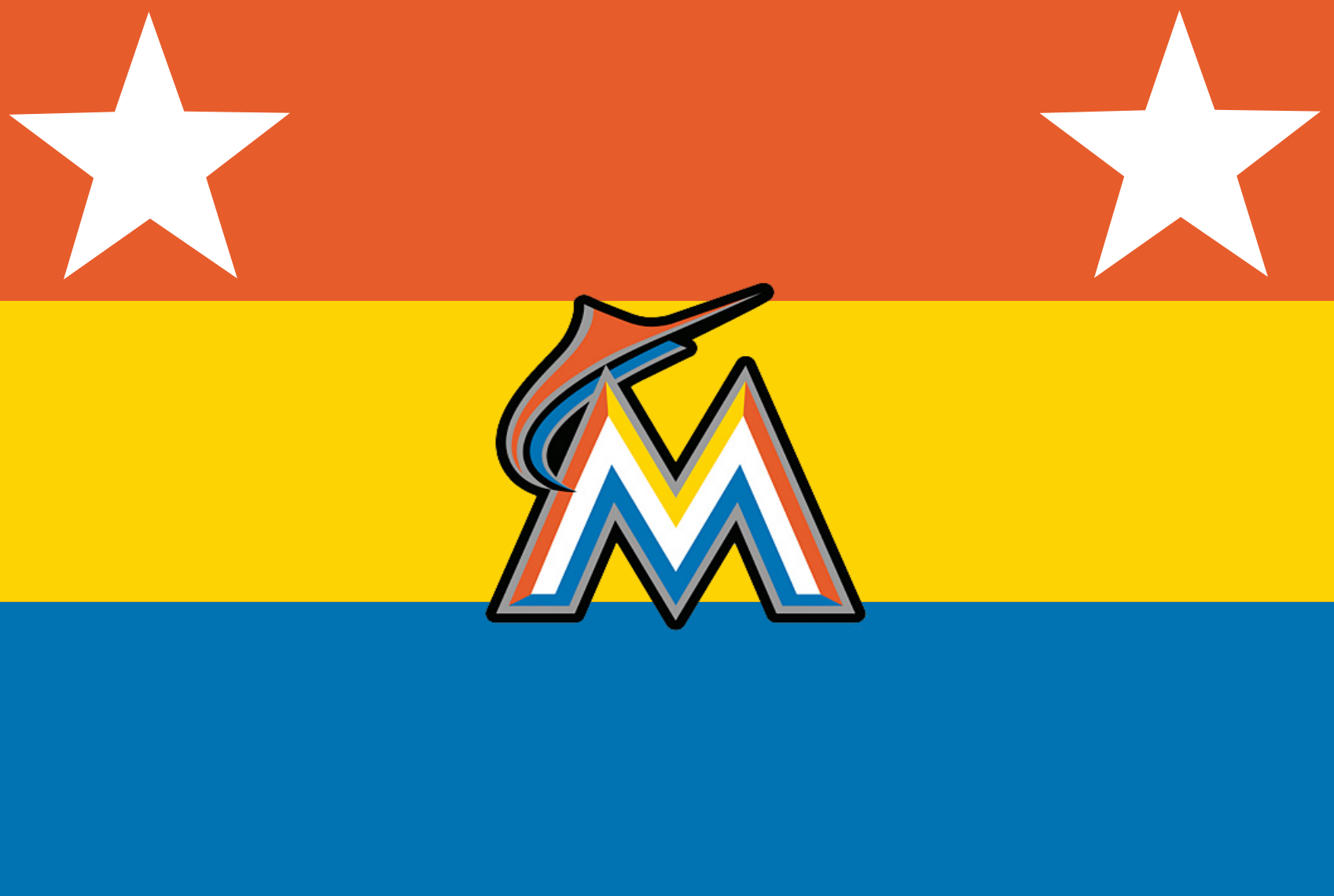 MIAMI MARLINS The arrangement of the flag is inspired by the official flag of Miami, with the Marlins' logo replacing the seal of the city in the middle of the tricolor. The colors are the team logo colors with an attempt to put them in a similar arrangement to the logo. They also represent a blue ocean with the sun rising (yellow sun, orange sky). The two stars represent the Marlins' victories in the World Series!

Anyone who can make the Marlins branding concepts attractive deserves a medal.

Edit: If someone wants to x-post this into the Main Board, please do so. I didn't know where it belonged (General MLB Discussion?).

Turns out just to be a concept sadly, but that is an awesome kit

The LV Lights logo is fantastic IMO. Just the right touch of Vegas glitz. Not sure if it’s intentional, but the Knights / Lights match is kind of fun too.

I'm hesitant to put this here, but hey - my name's on the thread. My apparel shop (Clean Sheet Co.) is making a jersey for American fans. It's a from-scratch project - we're designing the patterns, sourcing the fabric, etc. We're doing a pre-order campaign to fund it. You can read about why, and see the design, here. We'll be doing a big push next week, but things are kind of in a soft launch phase now. Happy to answer any questions if any crop up.

Does this kit have a picture of a man crying into his beer in front of a blank TV?

In all seriousness, you should never hesitate to post your company in here- you guys make amazing products.

The Slums of Shaolin

Does fan focused fit mean its for fat people? Cause if so I'll order one.

You’re being modest. That thing is gorgeous. Put in my pre-order, can’t wait.

Dummy Hoy said:
Does this kit have a picture of a man crying into his beer in front of a blank TV?
Click to expand...


Zomp said:
Does fan focused fit mean its for fat people? Cause if so I'll order one.
Click to expand...

Yeah, I've been trying to say that without saying it. (I'm the president and I'm also a member.)


67YAZ said:
You’re being modest. That thing is gorgeous. Put in my pre-order, can’t wait.
Click to expand...

Thank you!! This is a big leap for us, so the support at this early stage incredibly welcome.

Looks very cool. I hope this does awesome so you can do walkout jackets next. USMNT ones suck almost as much as the kits.

Impressive, as always, DN! Add one to the pre-order!

This is great riff off of my favorite USMNT jerseys of all time, the Waldos. I'm in.

I'm not sure what their rules are about advertising, but you should really find a way to spread the word on BigSoccer and r/mls. If there's a way I can help, PM me.

Thank you all so much. TB/all, I'll gladly take any and all help I can with promotion. I'm working with a bunch of American Outlaw groups as well, and I'm hoping to get some coverage in what is left of American soccer media these days (different topic).

I'm extending a deal to AO folks - if orders from a specific chapter get to 15 total, we''ll commit to putting their logo / patch on the sleeve (many of these groups have patches), and we'll donate $100 to their charity of choice.

I'd be happy/thrilled to offer Sosh denizens the same deal. Not that you'd want a Sosh patch (or that those even exist) but I'll queue up the Jimmy Fund for sure.

So the World Cup kits are slowly being released, and thankfully it seems FIFA has backed off some of there regulations that made most of the 2014 kits so monochromatic. (Also, I'm so glad that England dropped that stupid Nike template). For a quick glance at some of the kits: http://www.historicalkits.co.uk/FIFA_World_Cup/2018/2018-index.html

@dirtynine - I got the email that you missed your threshold for the jersey. Wicked bummah (as they say back east). But please keep us posted. I'd love to have one of these beauties.

New badge for Leeds. Holy shit is this bad.

Yikes. Did they consult 10,000 Millwall supporters or something?

I feel bad for these guys, they have no heads

Poor Leeds. Their old badge was bad for old reasons (shadows turned up to 11 - lit from the bottom for some reason, as if by campfire - and all kinds of weighting issues.) All they had to do was put the white rose in a decent container or even let it stay by itself. Instead they went with a 2002 vector-trace special.

I actually see the kernel of a decent idea here, something worth exploring, but the designer at some point must have realized it was a dead end. I can't believe they pushed through with it.

Though there is some possible merit to Newcastle exploring this direction...

dirtynine said:
Though there is some possible merit to Newcastle exploring this direction...
Click to expand...

Just bring back the 80s badge:

LasVegas Lights went with the face inside the jersey when you pull it over your head....

steeplechase3k said:
LasVegas Lights went with the face inside the jersey when you pull it over your head....

Those are great. Most kits like this will look awful, but for a city like LV or Miami, I like the neon-80s look. Also love the England Red kit. I never like a full whitewash, so I like the blue shorts, although I think some black would look sharp too.

Parma's phoenix club got their third straight promotion and will compete in Serie A this year. The club released a cool third kit and apparently it has already sold out. Parma have some of my favorite kit designs of all time (the color palate is hard to beat), so I'm not surprised. 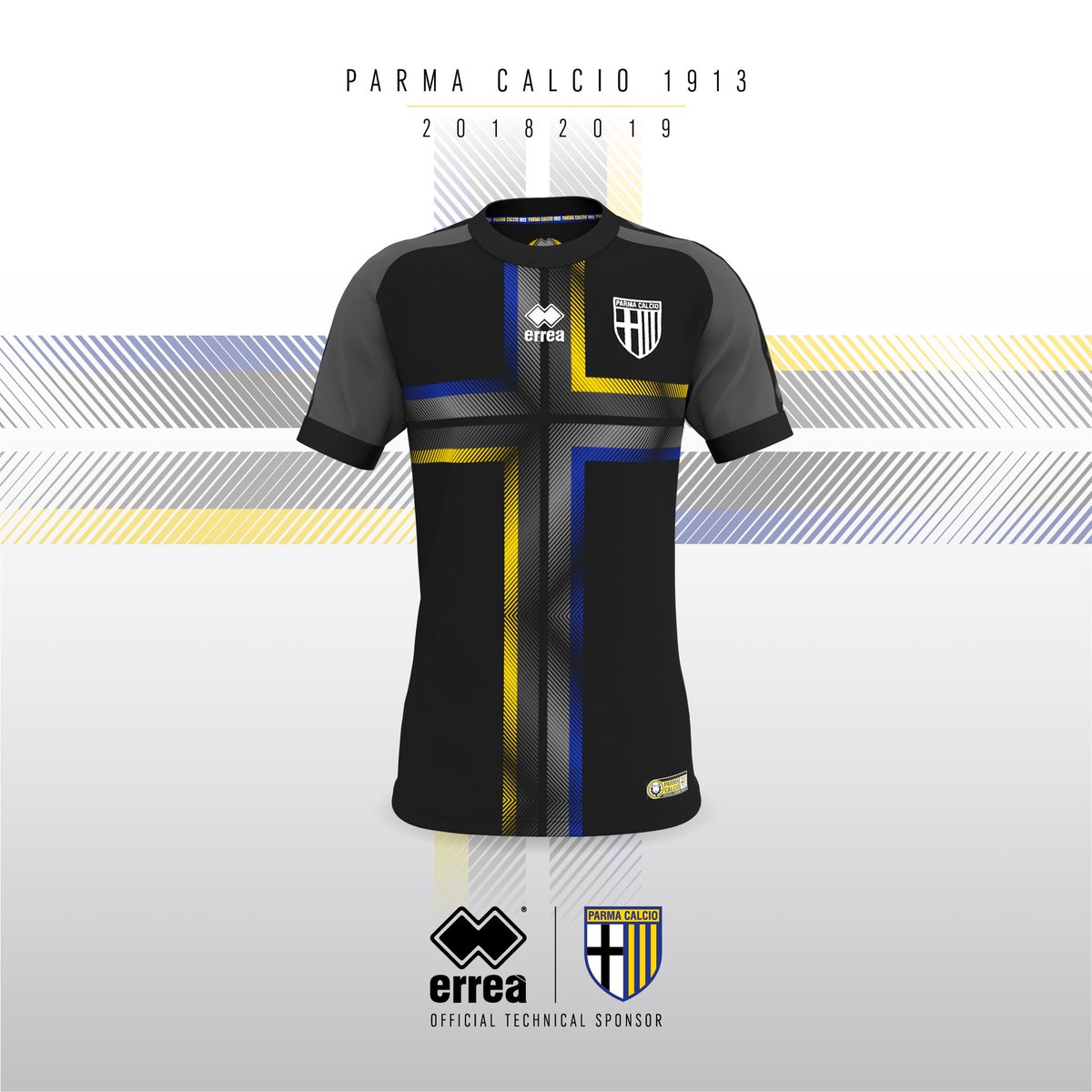 Some of my old favorites:

These are awesome, especially the first one.

edit, they aren't selling them, but the goalie kit is amazing: 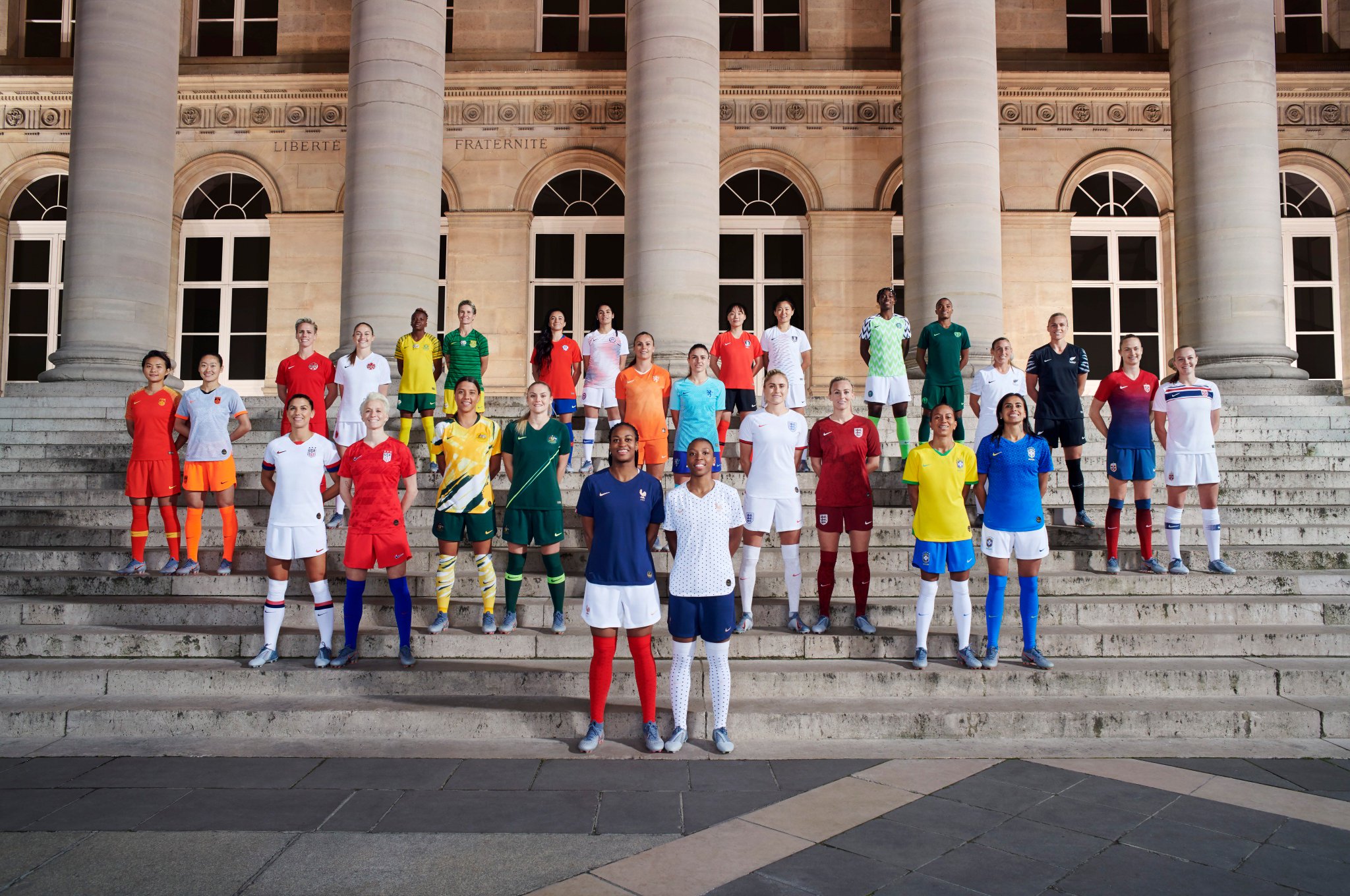 Bombpops return, but not for the US.

The French alternates are horrific.

SocrManiac said:
The French alternates are horrific.
Click to expand...

Hah, they're my favorite of the bunch. (except Nigeria home, but those aren't new)

Nigeria is gonna have to keep that kit for a decade.

I wish we had stuck with the hoops. I also wish I had gotten one of those centennial kits and never managed to find one will have to snipe one on eBay some day

teddykgb said:
I also wish I had gotten one of those centennial kits and never managed to find one will have to snipe one on eBay some day
Click to expand...

Same. Damn, another one I'll have to bid against. 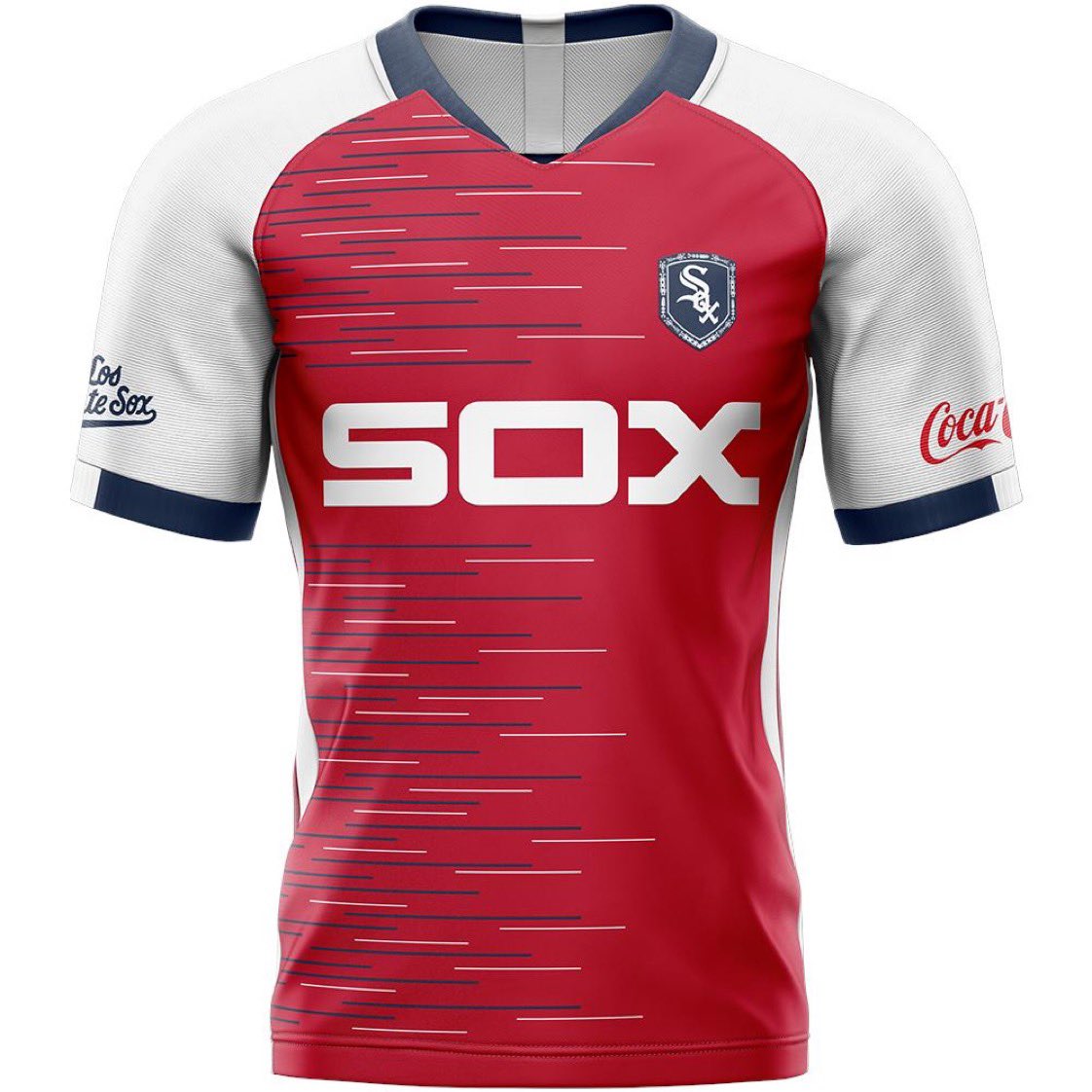 Chicago White Sox will be giving away this jersey on the May 5th Red Sox game. I’m going to try to pick one up. It’s better than the Fire’s jersey.
Last edited: Mar 27, 2019

And, on the opposite end of the spectrum, we see Nike losing their fucking minds with this commemorative shirt to mark the end of their collaboration with City. 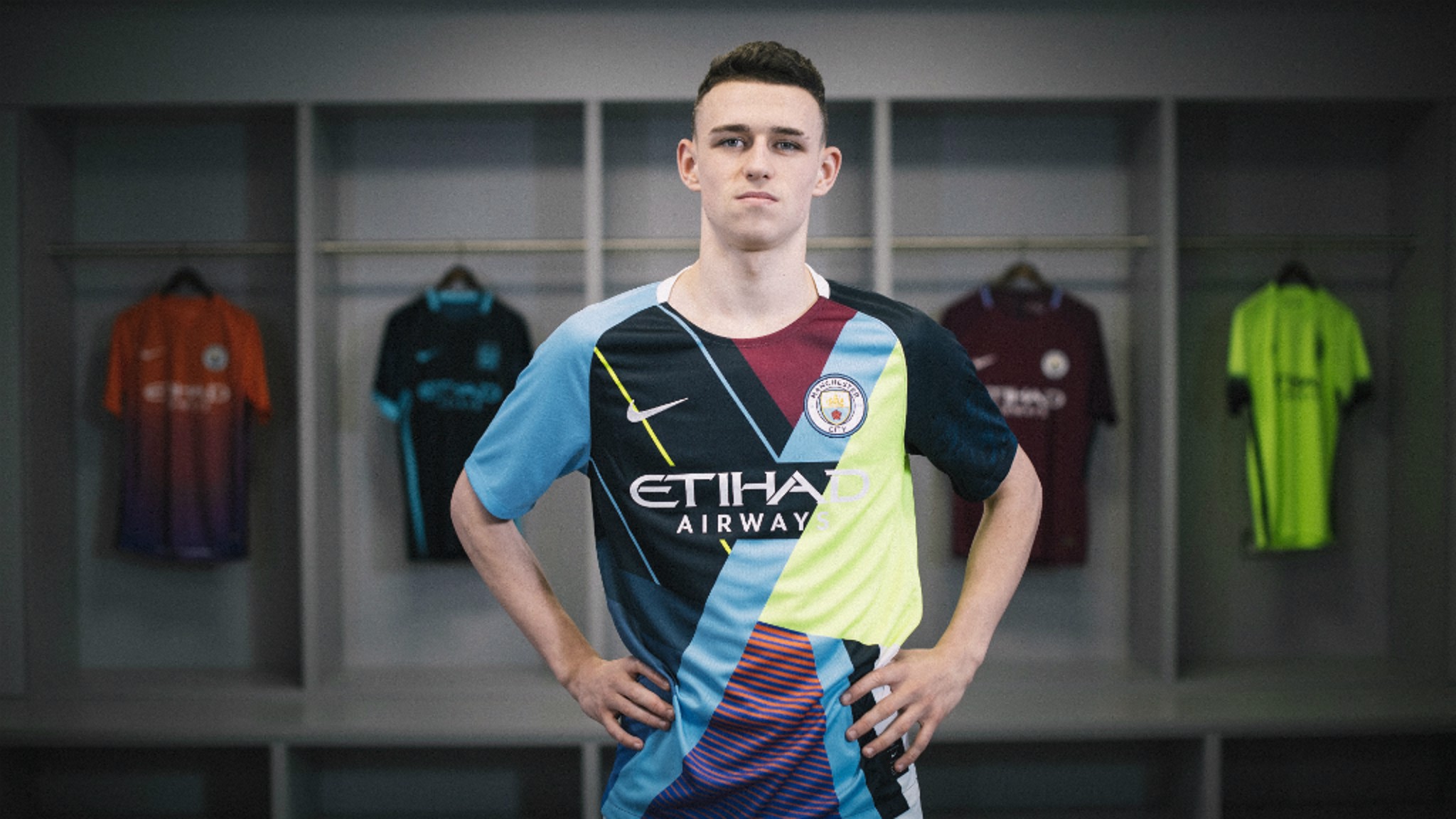 Looks more like a "fuck you" from Nike to City for dropping them. Yowsahs.

It would probably look better if Nike had not given City 9 years of mediocre to bad kits.

The womens kits are inoffensive for the most part (away France are abominable) but also boring. It's like they turned back the clock to the 80s with upgraded materials.

Also, Argentina's kits weren't horrible, but they were not good either. Just blah, much like their gameplay.

New primary jersey for the Chicago Red Stars. The Red Stars consistently have excellent kits (as opposed to the Fire...what the fuck are they doing?) and this one is making a big splash on twitter with Chicago folks. I don't know of any other city whose citizens love their flag and their map so damn much. 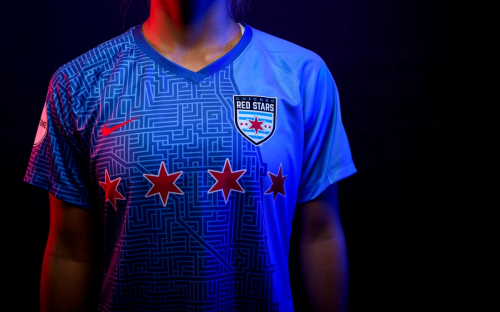 67YAZ said:
New primary jersey for the Chicago Red Stars. The Red Stars consistently have excellent kits (as opposed to the Fire...what the fuck are they doing?) and this one is making a big splash on twitter with Chicago folks. I don't know of any other city whose citizens love their flag and their map so damn much.

The flag is legit and Chicago's love of it is cool, but the obsession with the map is dumb and this makes for a dumb kit concept IMO. Barca did something kinda similar, and with the urban city planning of Barca (i.e. the Eixample), it could've been done well, but it was still bad.

And while Chicago wins the award for city that most loves it flag, there are some state flags that get a lot of deserved love. I'm thinking specifically of Colorado and California. Texas and Maryland deserve mention here too. Arizona should definitely come up with some kit concepts integrating their flag.

Speaking of city flags, I'm posting Tampa's below because it is such a unique monstrosity.

I was in Rome a few years ago. I saw some of the Roma kits up close. IIRC they had a very faint street map of ancient Rome that you couldn't really see unless you were six inches away. It was cool but almost too subtle to matter.

Forward Madison has existed for less than a year and is only in D3, but they are already the best club in America.

When your shirt is famous for vertical stripes, shouldn't your new one have, you know...stripes?

SoxFanInCali said:
When your shirt is famous for vertical stripes, shouldn't your new one have, you know...stripes?
Click to expand...

I did, and while I didn't like them, at least you can loosely classify the half black, half white as having two extra-wide stripes. Barca going with the checkerboard is worse, in my opinion.
You must log in or register to reply here.
Share:
Twitter Reddit Pinterest Tumblr WhatsApp Email Link
Top Bottom