All of Australia to Phoenix

benhogan said:
Thad Young has started 162 games for Indy over the last 2 seasons and averaged over 31mpg. That's a pretty good indication Nate McMillen likes him. I'd expect they'd retain him.
Click to expand...

He could be back, but all indications seem to be that they want Sabonis to play the 4 more, and they are focused on Bogdanovic, I'd guess Thad gets a better offer elsewhere and they wish him well

whoops...get Al and Aron back on the plane to Boston

Not sure he'd be made available but Monte Morris would be inexpensive, under the radar PG I'd like to start for the C's next season. He's blocked in Denver with Murray/Harris starting. Torrey Craig/Beasley signed and on the bench. Offer a future 1st round pick & Edwards or Waters? OR maybe Denver attaches a bad contract to Morris...

If Indy resigns Thad Young, I want Danny to go after Sabonis hard. They have Turner signed up long term, Leaf/McDemott around for multiple years, and they played Young 30mpg compared to Sabonis 24mpg.
Until they traded for Warren the Pacers lacked wing depth.

What're your thoughts on adding Sabonis and Monte Morris to the Celtics starting unit next season?
Click to expand...

Monte Morris is a good and cheap second team point guard. Denver is not trading him anytime soon.

benhogan said:
He's a restricted FA next season, he's about to get expensive like Brown.

They have Turner signed for the next 4 seasons. They like Young at the 4. They drafted Goga. Leaf is there. They lack wings.

Jesus man. I know that you're bummed about Baynes, but I could cross Sabonis. They need more defense with Al leaving not less.

I was just going off the quote on the previous page that said 4/160. Either way, I am unsure I want any part of that contract

the moops said:
I was just going off the quote on the previous page that said 4/160. Either way, I am unsure I want any part of that contract
Click to expand...

It is expected that Vucevic would command a max contract, which means that he's eligible to sign a five-year, $189.7 million deal with the Magic or a four-year, $140.6 million deal with another franchise such as the Lakers -- which would mean an annual salary of roughly $35 million. In other words, while the Lakers would love to sign Vucevic, I can't realistically see a scenario where that actually ends up being a reality considering he's a 28-year-old center in his prime who can sign for the max with Orlando.
Click to expand...

But your larger point likely stands.

Jimbodandy said:
Jesus man. I know that you're bummed about Baynes, but I could cross Sabonis. They need more defense with Al leaving not less.
Click to expand...

Ha, with Kyrie, Rozier and MaMo leaving, we can suit you up and the defense will get better (the D would have been solid if Baynes/Horford had stayed, but you'll do).
We could always add Ed Davis, Dedmon (actually like him), take on Steven Adam's deal plus picks OR
spend $140MM for Vucevic

Sabonis is a fine defensive player, but there is probably less than a 1% chance we land him (or Monte Morris). Just trying to see if there are "blocked" players around the League that would thrive in Celtic green.

If the Celtics are looking under rocks and in Filene's Basement for a decent center, maybe Thomas Bryant would work?

I believe he is a RFA with the Wizards, but they can only offer/match around $9.38 million since he is an early Bird. They can go over that, but it requires using cap space I believe. But please check on that someone.

Here is a highlight video of him last season. 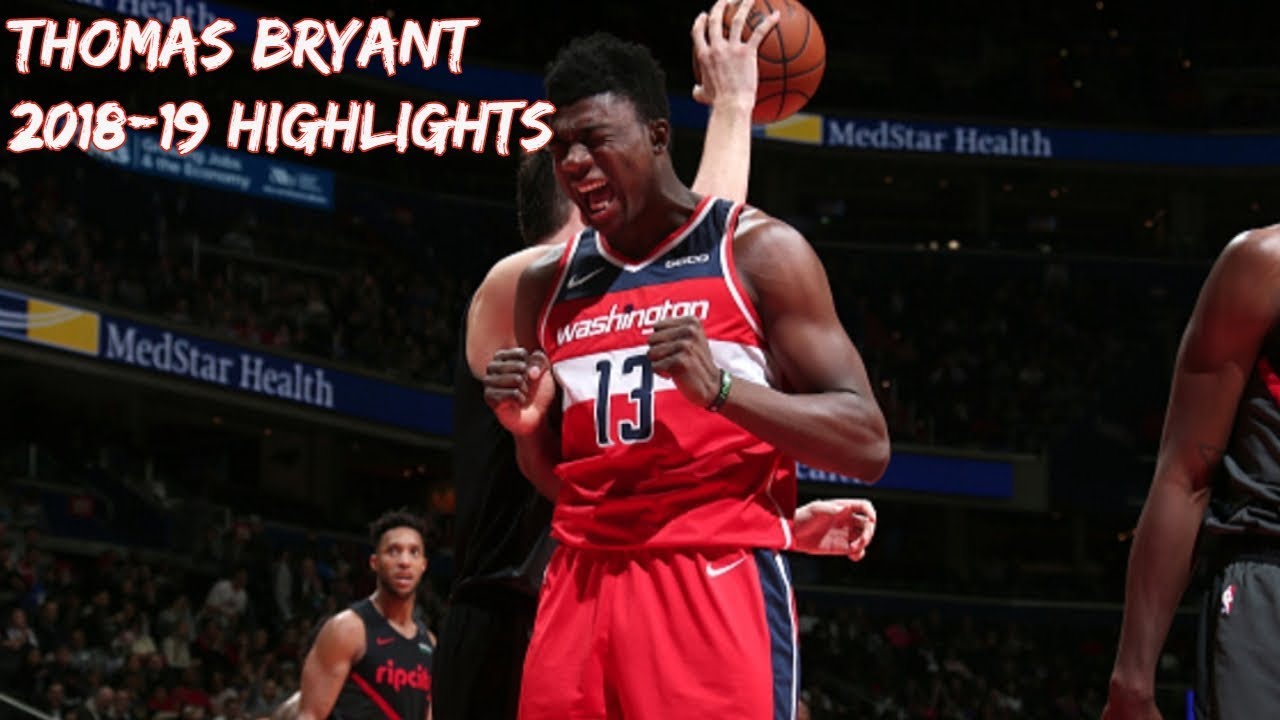 It's official per Celtics Twitter:
We have traded center @aronbaynes and the draft rights to Ty Jerome to the Phoenix Suns in exchange for a future protected Milwaukee first round draft pick previously acquired by the Suns. #FlywireTeamTransactions

Getting any first round pick for Aron Baynes is a good return, IMO

the moops said:
Getting any first round pick for Aron Baynes is a good return, IMO
Click to expand...