I had a lot of fun posting in the Mets thread last year, here's to another year that entertaining...

So for those who don't know, Brodie and AJ Hinch were college roommates and teammates at Stanford and Brodie was his agent, so if Brodie still has his GM job this time next year and Beltran wasn't incredible, I think the Mets dump Beltran and hire Hinch for 2021 and onwards.

For many teams, this is a slow time of year, but being as entertaining as the Mets is a year-round occupation. Some offseason news:

11/4: NY hires Beltran as their new manager after a long process that our hero Brodie describes as "“exhaustive and thorough”.

1/16: After the Astros penalties that everyone knew were coming were announced, Beltran and the Mets 'agree to part ways' before he manages a game for them, the Mets managing to somehow tarnish themselves even in a situation they had nothing to do with. When asked about his “exhaustive and thorough” hiring process and whether this had involved asking Beltran about what he had done in Houston (pretty much common knowledge at that point), Brodie repeatedly claimed he never asked Beltran about his actions in Houston. So, one way or another, go Mets.

(This situation I actually think will end up working out well for them despite themselves, either Rojas will be very good or as I said above, Brodie will hire Hinch for 2021 and onward. Still, Mets.)

And of course we have the huge Steve Cohen news, negotiating ploy or actually walking away, we will see.

But this was my favorite, and I wanted to document it for you guys....

Edgardo Alfonzo, former Met semi-legend, has managed their single A Brooklyn team for the past three seasons, last year they won the title.

"Edgardo Alfonzo is unsure where his next opportunity in baseball lies following his surprise dismissal from the Mets organization this offseason.

“I thought I might get promoted a little bit because we won the championship,” Alfonzo told The Post on Tuesday. “And I liked what I did with the guys, because I taught them how to play, how to compete, how to play in New York the way you are supposed to.”

Alfonzo said he never received a real explanation for his ouster from general manager Brodie Van Wagenen. The Mets have since named Ed Blankmeyer, who spent 24 seasons as the head coach at St. John’s, as Brooklyn’s new manager."

So that seems fairly bad, at the very least disrespectful, but because it is the Mets, it is of course coupled with this in the same story.

"Alfonzo, who played eight seasons in Flushing – the club announced Tuesday that he will be inducted into the Mets Hall of Fame on May 17, along with Jon Matlack and Ron Darling – is hoping to receive an opportunity with another organization." 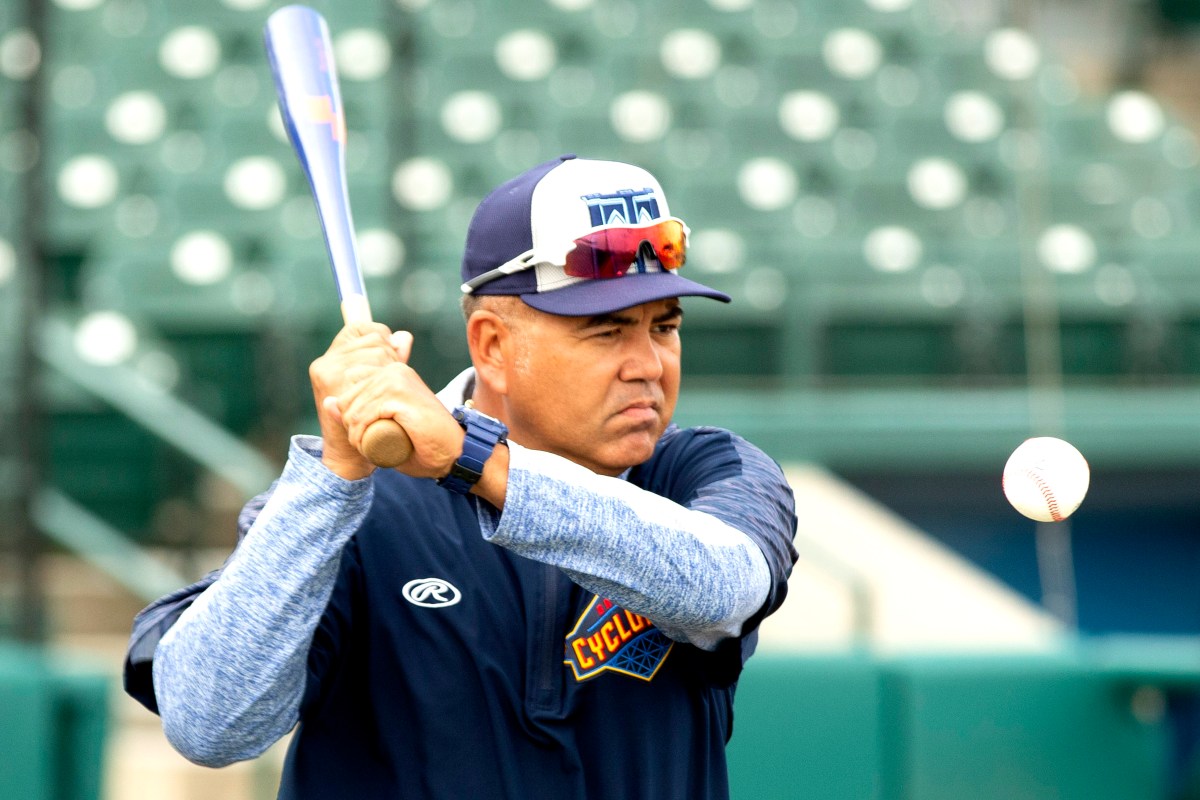 Edgardo Alfonzo was thinking promotion just as Mets fired him

So the same offseason they fired him with little explanation after he won a championship, they also chose him to be in their Hall of Fame. Mets!!!

Steve Cohen is definitely out, and it seems like the issue was 1) he didn't like that they ignored his input for the new Mets manager, he wanted them to at least interview guys with experience like Showalter and Dusty and 2) he was under the impression that the Wilpons would be basically figureheads until he officially took over, but they want to have their team and sell it too. (I don't have a link, this is from hearing a NY Times writer be quizzed about it on WFAN late last night).

Also in Mets land where the news never stops, Jessica Mendoza is out. 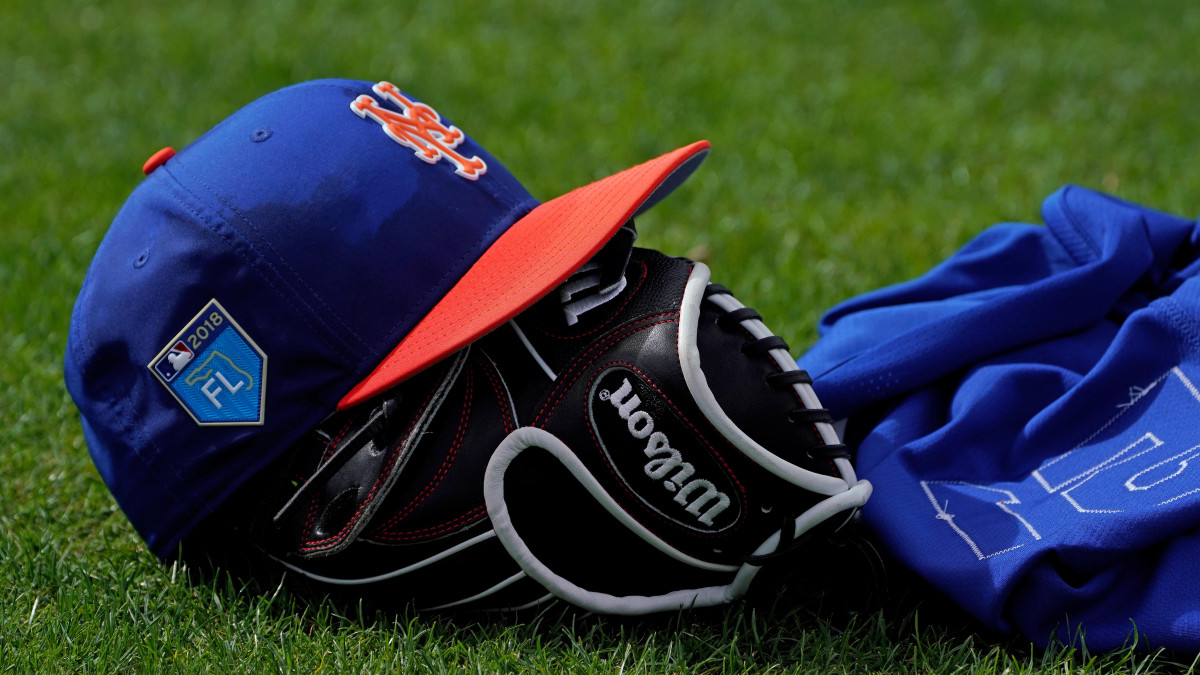 A fancy new clubhouse at the Mets’ Florida facility will only be used in spring training. They want it to serve as motivation for the minor leaguers who play there all season.

what is this quote? lmao

Always so much going on around our beloved Mets:

Mickey Callaway is no longer working for NY, but still managed to put his foot in his mouth to start the spring:

"New #Angels pitching coach Mickey Callaway was asked if he took time to reflect on what went wrong in New York. He didn't miss a beat: "I had PTSD." After some laughs, he said he just spent time with his family and focused on helping the Angels."

Jed Lowrie, who signed a 2/20 deal before 2019 and then did not play a single inning in the field or get a single hit for NY in 2019 (0-8 in Sept as a pinch-hitter) has reported with a large brace on his left leg, very promising.

"Approached by reporters, Yoenis Cespedes declined an interview request. “Not today, not tomorrow, not at all this year,” he said. He didn’t say why, but did say he might want to talk to his fans. Then he spritzed some cologne on his uniform pullover and headed outside."

jon abbey said:
"Approached by reporters, Yoenis Cespedes declined an interview request. “Not today, not tomorrow, not at all this year,” he said. He didn’t say why, but did say he might want to talk to his fans. Then he spritzed some cologne on his uniform pullover and headed outside."
Click to expand...

If they don't get him today or tomorrow there's no guarantee that he'll be around all year.

Stroman has a torn calf muscle, so the Mets have lost him, Wheeler (free agency) and Syndergaard (TJS) since last season. Their rotation is currently DeGrom, Matz, Porcello, Wacha and then maybe Erasmo Ramirez. Yoiks.

"Porcello and Oswalt were the main piñatas as the Mets allowed 11 extra-base hits (tied for third most in franchise history) in a 14-1 Braves rout so discouraging it could make a cardboard cutout fan cover its eyes." 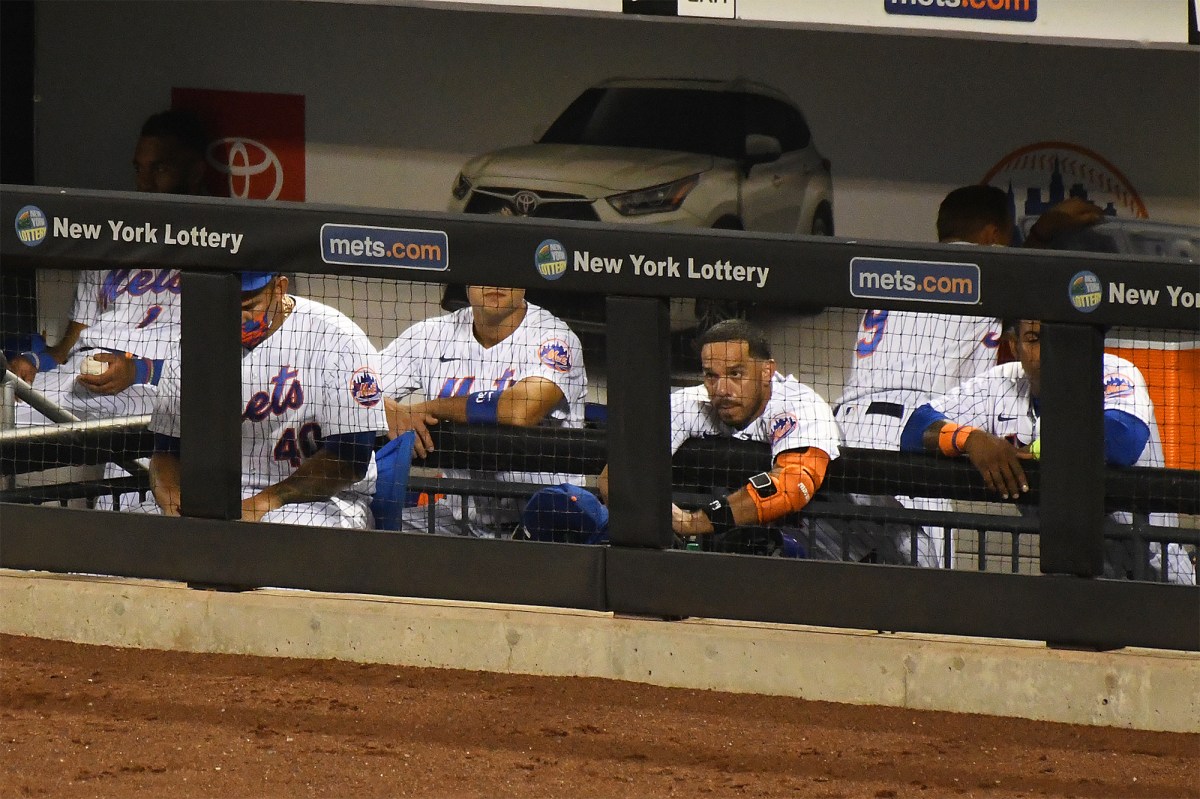 Mets’ weekend looks even worse given the circumstances

The Mets hit, pitched and fielded poorly Sunday night. That adds up to a loss — a humiliating one at that — no matter the length of the season. It is just easier to paper over it and move on when t…

And who got the bases-loaded double to put ATL ahead 11-10? Yep, old buddy Travis D'Arnaud. Mets!

Jed Lowrie was placed on the 45 day DL yesterday, so that two year deal was a total washout. Today Cespedes opted out without telling anyone beforehand, just packed his stuff and left. What makes this especially Metsian is that both of those guys were on the 40 man until yesterday and they just lost their #14 prospect Jordan Humphreys because they didn't have 40 man space for him.

jon abbey said:
"Approached by reporters, Yoenis Cespedes declined an interview request. “Not today, not tomorrow, not at all this year,” he said. He didn’t say why, but did say he might want to talk to his fans. Then he spritzed some cologne on his uniform pullover and headed outside."
Click to expand...

YTF said:
If they don't get him today or tomorrow there's no guarantee that he'll be around all year.
Click to expand...

"I resign as OF of the NY Mets"