This makes for a happy morning This reminds me of when, in November 2009, Doug Gottlieb called Duke "frighteningly unathletic".

And then Duke won the title that year.

Better title is "Will Durham get past the round of 16?"

When Duke wins it all it will be Coach Six-chefski. Be prepared.

Grayson is back, better start getting the banners ready

The Bolden to Duke rumors have gotten pretty strong in recent weeks, with Capel supposedly visiting in-home next week as well. Need to clear a scholarship but would probably be the best class on paper that K is ever had, up there with the Brand and Okafor classes.

The only one that really comes to mind as a comparison is 1999 - as far as a mix of the experienced (Trajan Langdon, Chris Carrawell) with the young (Brand, Battier, Avery, Maggette). If Bolden comes it will be the opposite of this year's 6-man roster. Even that '99 squad only went 8 deep. For '17 whom do you sit?

That's depth that rivals last year's Kentucky roster. Coming a year after this one - one of the smallest rosters in memory - is crazy. Allen, Jones, Thornton, Kennard and Jefferson all started a decent number of games last year. Giles and Tatum are consensus top 3 recruits. Jackson is generally considered 10th - 12th, Bolden ~ 20th and Delaurier ~ 40th. And Chase Jeter looked like he was getting his act together and positioning himself for a bigger role. How's K going to manage all the minutes?

He's managed a team of 12 of the best players in the world, twice, to gold medals in the Olympics. He'll do it again this summer.

I'm sure he'll figure it out

Thornton, a five-star prospect coming out of high school, started 20 games in his lone season at Duke. He averaged 7.1 points and 2.6 assists, but he saw his minutes fluctuate during most of ACC play despite being the only pure point guard on the roster.
Click to expand...

Disappointing to see, as I think Thornton could be a really strong piece going forward with some refinement in his game. I'm not privy to everything that went on behind the scenes but have to think Jackson coming in next year was weighing on him as far as future playing time and that he wanted out of that situation.

2017 would have been his year as Duke faces a ton of departures. He has to sit out next year anyway, so it's not like he's going to play until 2017 anyway, and he would have played more than zero minutes next year at Duke on an incredibly talented team, practicing against players better than he will play against in games in whatever situation he ends up at.

Regardless, seems like it was his family's call, not his, and probably best to have people like that not associated with the program.

Yeah that's the sense I get as well. Those never tend to end well, I remember how the Kris Humphries thing fell apart before he even came due to similar issues. Happy to not end up with a one-year Kardashian.

IdiotKicker said:
Yeah that's the sense I get as well. Those never tend to end well, I remember how the Kris Humphries thing fell apart before he even came due to similar issues. Happy to not end up with a one-year Kardashian.
Click to expand...

I'm sure it has nothing to do with being talked into reclassifying to come a year early, being recruited over and then having the coach want to use your scholarship for another recruit. Nothing at all.

JShams said:
I'm sure it has nothing to do with being talked into reclassifying to come a year early, being recruited over and then having the coach want to use your scholarship for another recruit. Nothing at all.
Click to expand...

That's called college sports. A coach's job is to recruit better players than you. Your job is to make it so he still plays you over them.

JShams said:
I'm sure it has nothing to do with being talked into reclassifying to come a year early, being recruited over and then having the coach want to use your scholarship for another recruit. Nothing at all.
Click to expand...

A bunch of schools were trying to get him to reclassify - including L'ville. "Being recruited over" what does that mean?

They didn't need him to leave to clear up a scholarship for someone else. They wanted him to stay. They are going after Bolden now because they have known for a few months they will probably have another scholarship.

Supposedly Coach K touched his (Thornton) penis and that's what led to the departure.

Drocca said:
Supposedly Coach K touched his (Thornton) penis and that's what led to the departure.
Click to expand...

Because Thornton was technically still supposed to be in high school, does this make him a pedo?

I guess Thornton will have to learn cheating, dirty play, and how to underachieve at the next level somewhere else.

NOT GUILTY YA'LL GOTS TO FEEL ME

Justin Jackson and Kennedy Meeks have both announced they are coming back, so while North Carolina isn't going to be as good as Duke (probably only Kentucky is), they've got a very good and hopefully very motivated group of returnees plus three highly-rated freshmen of their own.

Bolden to Duke. Print. The. Banners.


5-star C Marques Bolden, No. 16 in ESPN100, chooses Duke. Commitment could be enough to give Blue Devils 3rd straight No. 1 recruiting class

Yep; any more losses than 4 and anything less than an ACC regular season, ACC tournament and NCAA Championship is going to be a huge upset and disappointment for Duke next year. Most dominant team in college basketball history is the ceiling. The floor is another title.

haha you're the worst

Gotta admit I usually take the view that making a Final Four is a successful season no matter what but there were two times when I couldn't talk myself out of the disappointment of not winning a championship: 1986 (Dawkins, Alarie, Henderson, Amaker, Bilas and freshman Ferry) and 1999 (Langdon, Brand, Battier, Maggette, Avery, Carrawell, Nate James and Burgess). This team looks like it has a chance to warrant those kind of expectations.

Just another day at the office.

Just another day at the office.
Click to expand...

Dahntay Jones and who else?

BigSoxFan said:
Dahntay Jones and who else?
Click to expand...

I really need to do a better job of delivering my jokes...

BigSoxFan said:
Dahntay Jones and who else?
Click to expand...

I got it, and enjoyed it

ESPN 100 No. 88 Alex O'Connell announced his commitment to Duke. The Blue Devils offered the summer stock-riser on Wednesday and it only took him two days to join the fold. He's the first commitment in the 2017 class for Duke.

Gotta make sure you get one every class: 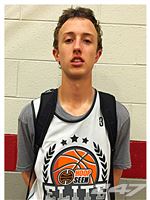 ^his dad played at Duke in the 70s

Carolina's and Duke's ADs don't seem to have a problem with the decision.
http://www.cbssports.com/college-basketball/news/duke-unc-ads-state-support-of-ncaa-in-north-carolina-tourney-ban/

Giles knee surgery out 2 months. We'll probably never see him at his best in a Duke uni, if ever.

Eh, it was a scope. It's barely October. He'll be back before ACC starts.

UNC Theo Pinson fractured 5th metatarsal. Tough injury for UNC as they need a few of their guys to step up with Paige and Johnson gone. UNC typically not a great defensive team and he's their best

rhopkins2323 said:
UNC Theo Pinson fractured 5th metatarsal. Tough injury for UNC as they need a few of their guys to step up with Paige and Johnson gone. UNC typically not a great defensive team and he's their best

scouts section behind the plate

I got a chance to watch the Blue-White game last night at Countdown to Craziness. After hearing about all the talent it was good to see it in action. I think this team could win it all without Giles on the court. A few thoughts:

Tatum is the real deal. Kid was all over the place and led in scoring.
Bolden needs some time.
Jackson looks like a star in the making.
This could be the best defensive team they have had in a while.
They are finally deep and I mean deep. I tried thinking of the starting 5 and you can't go wrong with any combination. Hopefully this keeps the freshman from wearing down at the end of the season.
The biggest challenge may be balancing minutes for everyone.
Lastly, its going to be a fun season.